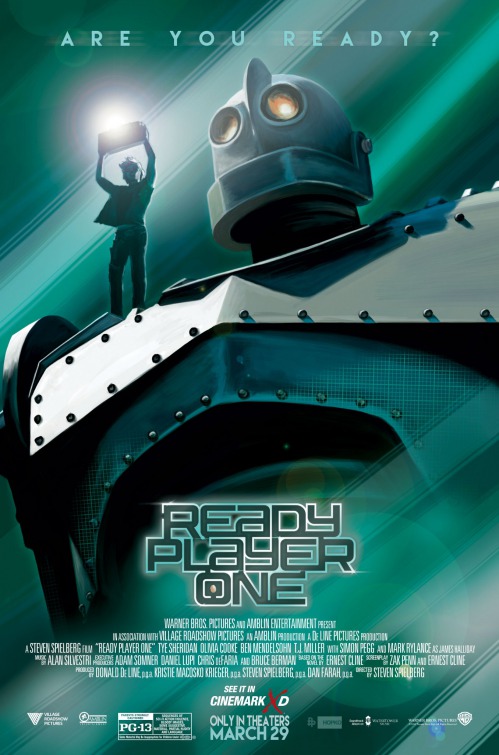 Now this is more like it. The wait for Steven Spielberg’s adaptation of Ready Player One is almost over, and hearing the positive buzz out of SXSW has been unavoidable. That said, the trailers have left something to be desired as Warner Bros. struggles to find the right angle, choosing to lean very heavily on the nostalgia aspect. To me that was always the wrong approach to take, but this new and supposedly final trailer just about gets it right.

The new trailer features less of a blitzkrieg of popular video game characters and movie references, instead focusing on the adventure shared between Parzival (Tye Sheridan) and Art3mis (Olivia Cooke) in the virtual reality world known as the OASIS. Here’s the official synopsis:

The film is set in 2045, with the world on the brink of chaos and collapse. But the people have found salvation in the OASIS, an expansive virtual reality universe created by the brilliant and eccentric James Halliday (Mark Rylance). When Halliday dies, he leaves his immense fortune to the first person to find a digital Easter egg he has hidden somewhere in the OASIS, sparking a contest that grips the entire world. When an unlikely young hero named Wade Watts (Tye Sheridan) decides to join the contest, he is hurled into a breakneck, reality-bending treasure hunt through a fantastical universe of mystery, discovery and danger.