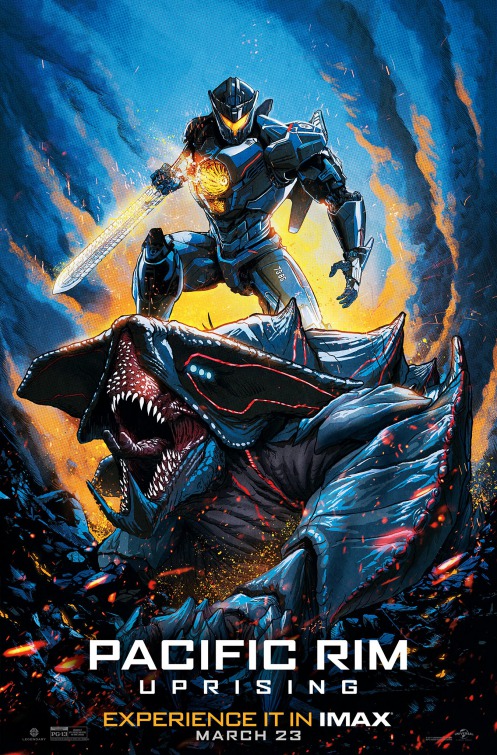 I’m starting to get that twitch behind my eye that happens whenever a movie has one too many trailers, but at least in this case it makes sense. Pacific Rim Uprising, with all of its giant mechanized Jaeger and humongous Kaiju monsters is pretty much why IMAX exists, so it’s only fitting that we get a new trailer that shows it off.

John Boyega leads the charge as the son of Idris Elba’s Stacker Pentecost, who gave his life a decade prior to save humanity from the kaiju invasion. Now a younger generation of Jaeger pilots must rise up to stop an even greater Kaiju threat to the world.  Boyega is joined by Scott Eastwood, Cailee Spaeny, Jing Tian, and Adria Arjona alongside returning stars Rinko Kikuchi, Charlie Day, and Burn Gorman.