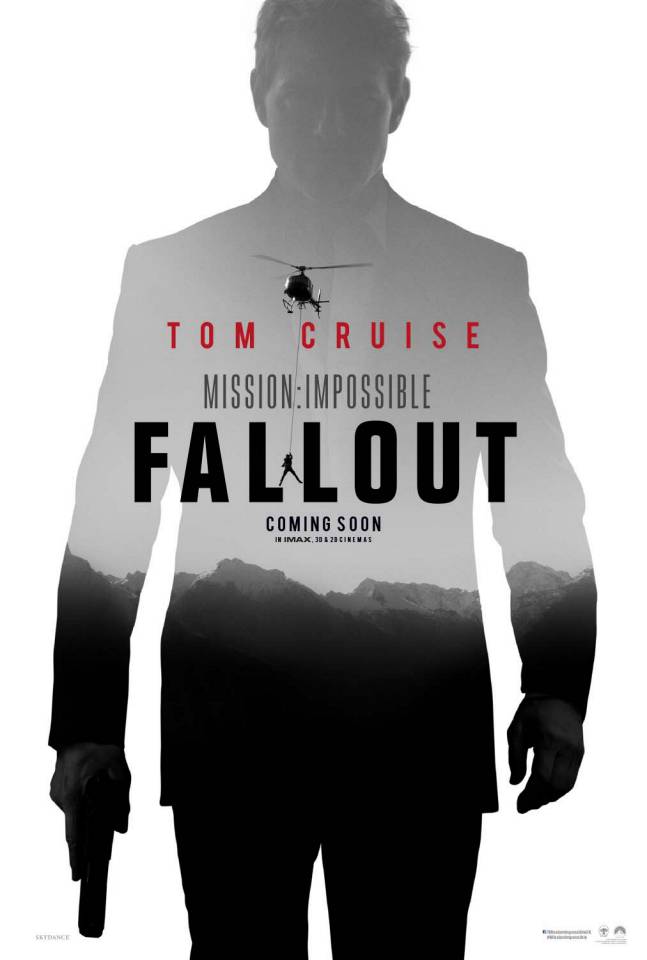 It’s funny that, mere moments after the Skyscraper TV spot shows Dwayne Johnson leaping from a tall building, foot out and ready for impact, comes the trailer for Mission: Impossible-Fallout, in which Tom Cruise broke his  foot doing the same type of stunt. Except it was ACTUALLY Cruise doing it.  Cruise, still showing ’em up at his age.

The best intentions often come back to haunt you. MISSION: IMPOSSIBLE – FALLOUT finds Ethan Hunt (Tom Cruise) and his IMF team, along with some familiar allies  in a race against time after a mission gone wrong. Henry Cavill, Angela Bassett, and Vanessa Kirby also join the dynamic cast with filmmaker Christopher McQuarrie returning to the helm.