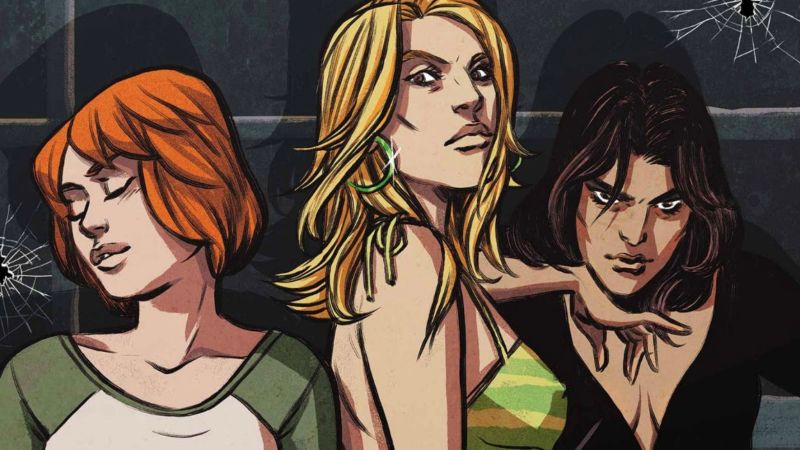 Check this out, two of the funniest women around are about to star in a DC Comics movie, and probably none of it as you expect. Melissa McCarthy and Girls Trip star Tiffany Haddish are teaming up for The Kitchen, based on the crime comic from DC’s Vertigo imprint. This should be good.  We learned of Haddish’s involvement late last year but this confirms it.

Straight Outta Compton screenwriter Andrea Berloff will make her directorial debut on the adaptation of Ollie Masters and Ming Doyle’s comic, which is set in 1970s Hell’s Kitchen New York City. When a police roundup basically leaves entire mob operations vulnerable to take over, the crime kingpins’ wives step up to take over their rackets. Three wives in particular,  Kath, Raven, and Angie, prove especially comfortable in the world of illegal activities.

The comic is dark, dramatic, and very violent, so the casting may seem a little off. But I don’t think we have to worry about the material being humored up to fit McCarthy and Haddish’s natural comic gifts. Instead I think this will be their chance to branch out, and I’m excited to see it. We may see a more natural dramatic actress round out the lead trio. Kate Winslet would be perfect. Just sayin’. [Deadline]