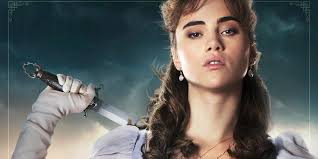 There were a handful of movies I truly loved at Sundance this year and one was Assassination Nation, a fu**ed up revenge tale about the dangers of social media and the court of public opinion. So I’m happy to see there’s going to be a reunion of at least some of its cast in Mary Harron’s upcoming Charles Manson film, Charlie Says, as Suki Waterhouse and Odessa Young have come aboard.

In addition, Matt Smith has taken on the role of the sadistic cult leader Charles Manson, with personal favorites Hannah Murray (Detroit, God Save the Girl), and Merritt Wever (Nurse Jackie) joining him. Marianne Rendon, Carla Gugino, and Kaylie Carter have also joined the film’s cast.

The story penned by American Author screenwriter Guinevere Turner, follows the three women who were sentenced to the death penalty for taking part in Manson’s horrific killing spree. The sentences were later changed to life imprisonment, which is where they met Karlene Faith, a graduate student and activist sent there to teach them and help them see the error of their ways. [THR]