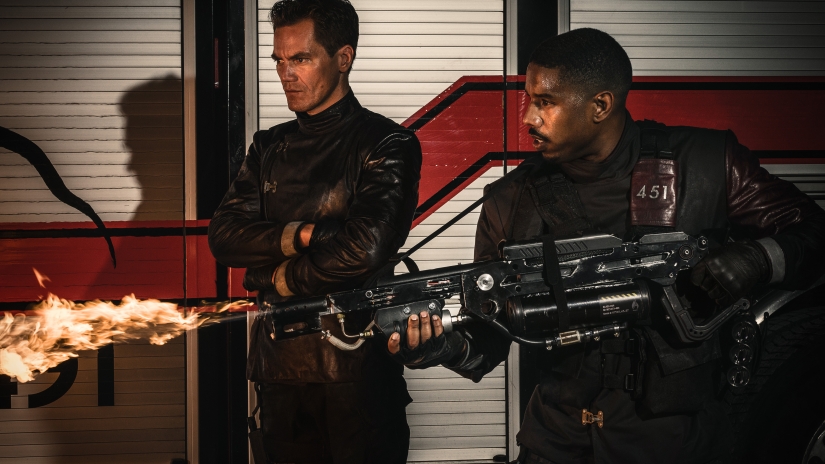 Michael B. Jordan is justifiably earning a ton of praise for his performance as Killmonger in Black Panther, a role that saw him crush it as one of the best Marvel villains yet. Next time we see him it will be in a completely different capacity, that of the hero of Ray Bradbury’s classic dystopian story, Fahrenheit 451, in Ramin Bahrani’s adaptation for HBO.

Also starring Michael Shannon (himself a great bad guy actor), and Sofia Boutella, the film follows Montag (Jordan), a fireman whose job it is to burn books so that history can be rewritten. When Montag begins to question his job, it puts him at odds with his boss Captain Beatty (Shannon), a true believer.

I’m still surprised a movie this packed with stars is on HBO and not in multiplexes, especially given how timely the story would seem to be with our media and education systems under constant attack. But if this puts the film in front of more eyeballs then I guess that’s a good thing.

HBO will premiere Fahrenheit 451 in May.