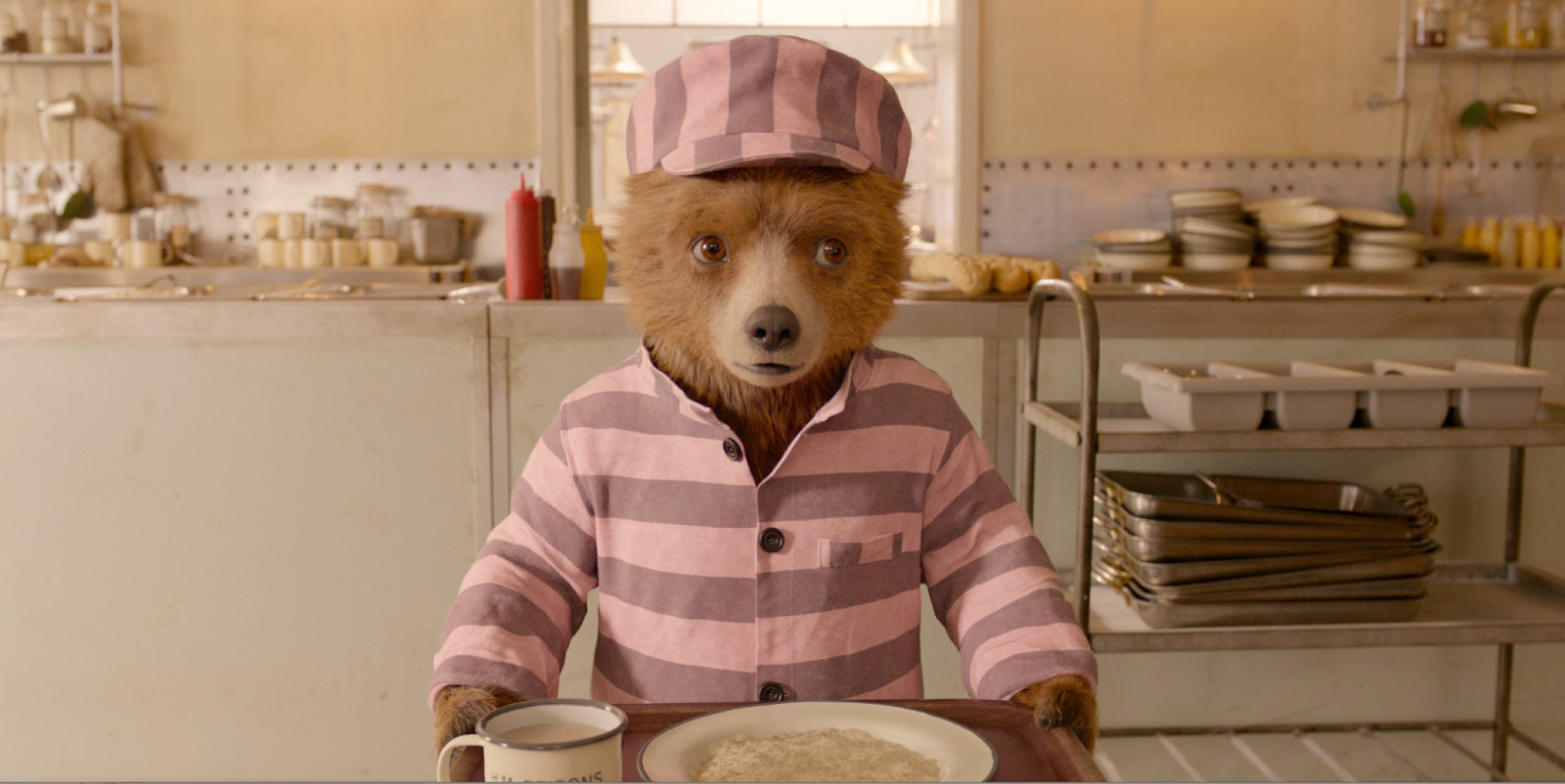 I don’t know how many Americans go scouring the aisles looking for marmalade, but if Paddington is around the store is probably cleaned out already.  The internationally  beloved bear stilll loves the sweet, sticky stuff in Paddington 2, the sequel to 2015’s charming hit.

Ben Whishaw once again provides the voice of Paddington, who works his furry butt off to buy an expensive antique book for his Aunt Lucy, only to see it stolen by a former actor-turned-thief played by Hugh Grant. To make matters worse, Paddington is falsely convicted of the crime and thrown in prison, where he concocts an Escape Plan with Sylvester Stallone and Arnold Schwarzenegger.

That last part may or may not be true.