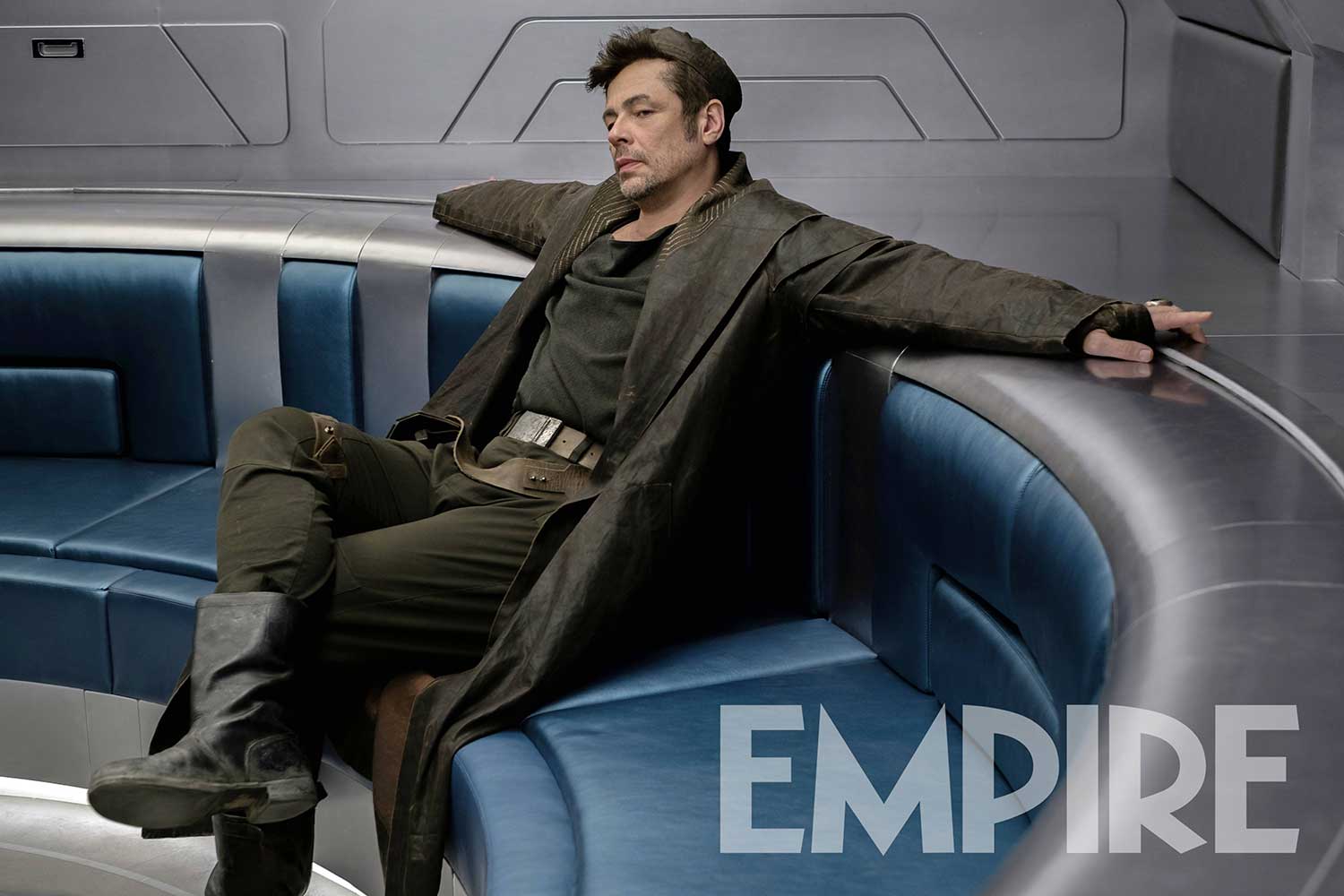 Does Benicio Del Toro ever play obvious characters anymore? I don’t know if we’d ever want him to. In Star Wars: The Last Jedi he plays the mysterious DJ, who sadly isn’t scratchin’ on the wheels of steel in some alien-infested cantina, he’s a “slicer” of dubious morals who gets mixed up with Finn (John Boyega) and Rose (Kelly Marie Tran) in the gambling city of Canto Bight.

Del Toro has a little bit to say about DJ in the latest edition of Empire, which features the above image of DJ maxin’ out on the couch like he’s in the club VIP room. He doesn’t reveal much, but his descriptors for DJ are interesting nonetheless because they speak to the actor’s clear influences…


“This character could come straight out of a Bob Dylan or Tom Waites song, or even a Dostoyevsky novel. He’s like something out of Dickens; there have been characters like him in all kinds of literature.”


Count me in. DJ might be the breakout character of Star Wars: The Last Jedi when it opens on December 15th.