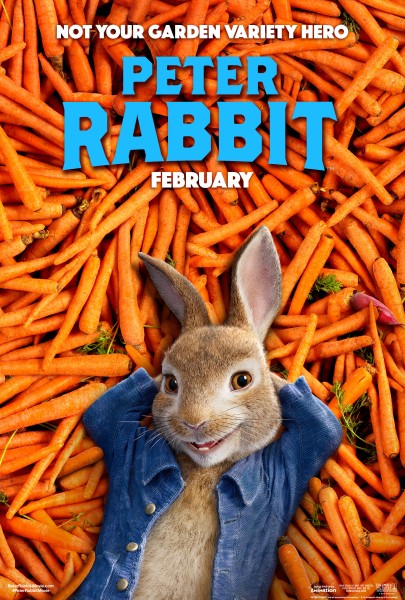 I have the funniest feeling that Peter Rabbit, the live-action animated film from Easy A and Annie director Will Gluck, won’t be as bad as it looks. And it looks bad, like so bad that I think it’s perfectly okay to root for Domhnall Gleeson’s character to catch Peter and turn him into stew. But Gluck generally makes enjoyable, family-friendly movies that make the most of their casts, and until he drops the ball there’s reason for confidence.

James Corden voices the beloved literary bunny, with Gleeson as his nemesis, Mr. Gregor, who just wants to protect his precious vegetable farm. Is that too much to ask??  Rose Byrne plays McGregor’s neighbor and love interest, with voice roles for Daisy Ridley, Margot Robbie, Sia, and Elizabeth Debicki.