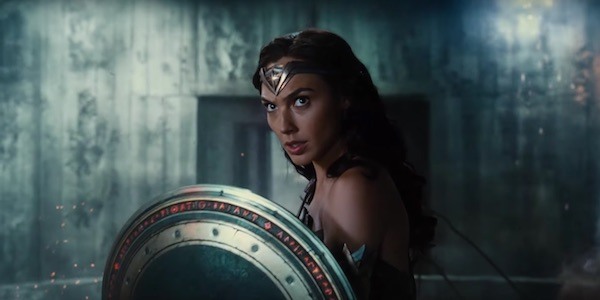 There was an awkward moment just as our screening of Justice League was beginning. Listed among the film’s producers was RatPac-Dune Entertainment, which is the label run by Brett Ratner, who has been accused of sexual harassment and misconduct. His name was also attached to the hugely successful Wonder Woman, but Warner Bros., like pretty much everybody in Hollywood, has been doing their best to distance themselves from him. And that was rumored to go double for star Gal Gadot, who reportedly wouldn’t sign on for a sequel unless she had assurances Ratner had nothing to do with it.

But since then, Warner Bros. has not only moved Wonder Woman 2 up a couple of months, they’ve also confirmed Gadot’s return. Sure, the studio has already parted ways with Ratner, but was Gadot’s threat legit? She gave her side of the story on The Today Show and this is what she had to say…

“Everyone knows the way that I feel because I’m not hiding anything. But the truth is, there’s so many people involved in making this movie — it’s not just me — and they all echoed the same sentiments. Everyone knew what was the right thing to do. But there was nothing for me to actually come and say because it was already done before this article came out.”


So basically she got what she wanted, but it wasn’t a decision that was really up to her. Fortunately, those in the position to do something felt the same way she did, and Gadot can back into the business of lassoing up bad guys as Wonder Woman.

Wonder Woman 2 opens November 1st 2019, but you can see Gadot in Justice League this weekend.

WATCH: Gal Gadot responds to report she didn’t want to work with Brett Ratner, who has faced sexual harassment allegations, on next installment of Wonder Woman pic.twitter.com/rBuSH2CE2Z