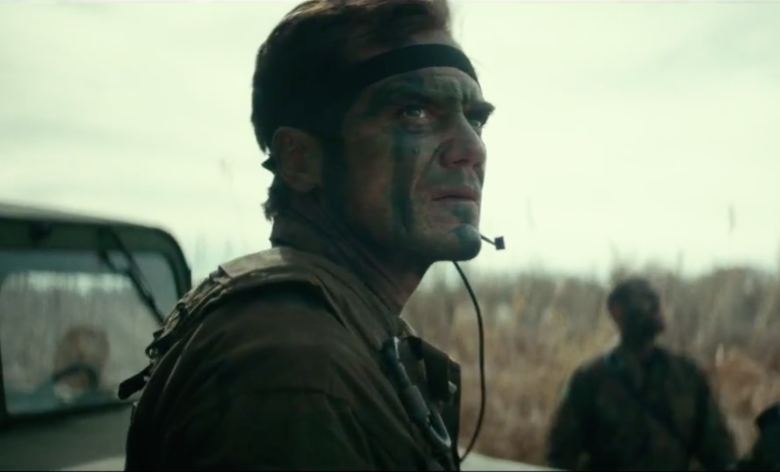 Are we absolutely certain 12 Strong wasn’t directed by Michael Bay? Because the combination of flag-waving jingoism with yo bro action looks a lot like 13 Hours: The Secret Soldiers of Benghazi. And it also has an equally unwieldy subtitle, The Declassified True Story of the Horse Soldiers. Everything’s so damn secret! That is except for the various obvious stories within, but I guess when you’ve got Chris Hemsworth and Michael Shannon galloping on horseback into the War on Terrorism, deep thinking isn’t what’s to be expected.

All that to say that 12 Strong looks like a perfectly reasonable war movie, with an amazing cast that should make its corniness worth it. Alongside Hemsworth and Shannon are Michael Peña, Trevante Rhodes, Geoff Stults, Thad Luckinbill, Austin Stowell, Ben O’Toole, Elsa Pataky, William Fichtner and Rob Riggle, starring in the true story Task Force Dagger. The elite Special Forces unit was among the first sent into Afghanistan to take on the Taliban after the events of 9/11. And we know the World Trade Center attacks are fresh on their mind because one scene shows them carrying pieces of the rubble into battle. Here’s the official synopsis:

“12 Strong” is set in the harrowing days following 9/11 when a U.S. Special Forces team, led by their new Captain, Mitch Nelson (Hemsworth), is chosen to be the first U.S. troops sent into Afghanistan for an extremely dangerous mission.  There, in the rugged mountains, they must convince Northern Alliance General Dostum (Navid Negahban) to join forces with them to fight their common adversary: the Taliban and their Al Qaeda allies.  In addition to overcoming mutual distrust and a vast cultural divide, the Americans—accustomed to state-of-the-art warfare—must adopt the rudimentary tactics of the Afghan horse soldiers.  But despite their uneasy bond, the new allies face overwhelming odds: outnumbered and outgunned by a ruthless enemy that does not take prisoners.

Directed by Danish helmer Nicolai Fuglsig and based on the book by Doug Stanton, 12 Strong rides into theaters on January 19th 2018.