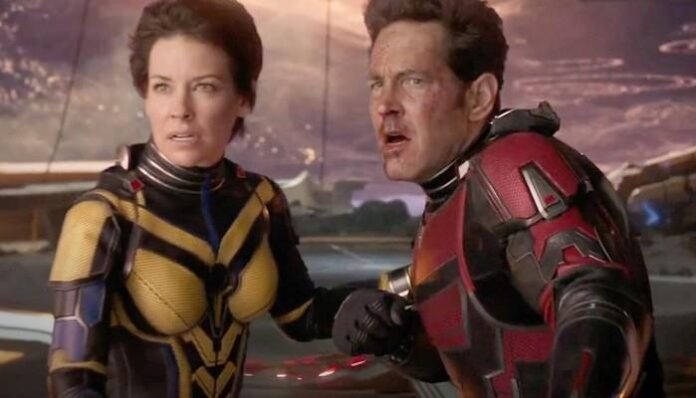 Marvel has dropped the new trailer for Ant-Man and the Wasp: Quantumania, the first film in Phase 5 of The Multiverse Saga. And it’s an important one, featuring the full arrival of Jonathan Majors as Kang the Conqueror! Sure, we’ve seen Majors in the MCU before, having appeared in Loki, but this is the first time he’ll be taking over as the first major villain since Thanos.

This is by far the most consequential trailer yet, too. Not only do we witness more of the Quantum Realm, but we also get the introduction of another key villain: MODOK. The fan-favorite character was recently seen in his own short-lived animated series, but I have a feeling he’ll be a lot less funny this time around.

Trapped in the Quantum Zone are Paul Rudd as Scott Lang, Evangeline Lilly as Hope Van Dyne, and Kathryn Newton as Scott’s daughter, Cassie, who has become a hero in her own right. We’ll also see more secrets revealed about Michelle Pfeiffer’s character, Janet Van Dyne, plus the return of Michael Douglas as Hank Pym. Bill Murray also has a role as Lord Krylar, who is tied closely to Janet’s past.

In the film, which officially kicks off phase 5 of the Marvel Cinematic Universe, Super-Hero partners Scott Lang (Paul Rudd) and Hope Van Dyne (Evangeline Lilly) return to continue their adventures as Ant-Man and the Wasp. Together, with Hope’s parents Hank Pym (Michael Douglas) and Janet Van Dyne (Michelle Pfeiffer), the family finds themselves exploring the Quantum Realm, interacting with strange new creatures and embarking on an adventure that will push them beyond the limits of what they thought was possible. Jonathan Majors joins the adventure as Kang. Director Peyton Reed returns to direct the film; Kevin Feige and Stephen Broussard produce.

Kang The Conqueror Looms In New ‘Ant-Man & The Wasp: Quantumania’ Poster Ahead Of Tonight’s Trailer