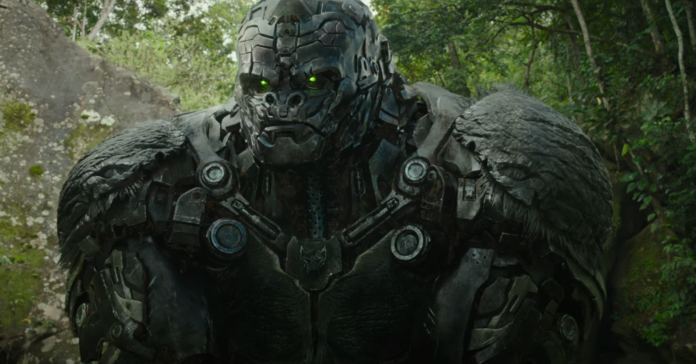 History may have given them a negative sheen but let’s get real, Transformers and it’s first sequel were both class action film blockbusters. Even the lesser sequels had something to offer in terms of spectacle and fun. Thankfully, Bumblebee turned public opinion back around to the positive for the group that’s more then meets the eye so the Transformers light kept ablaze leading to the one film many Transformers fans have been waiting for, Beast Wars…or in this case Transformers: Rise of the Beasts.

The trailer, which you can view below, paints a picture of machine on machine awesomeness, they seem to have hit every mark they needed to. The beast bots, especially Optimus Primal, look absolutely perfect. They’ve introduced a number of new Autobots, including Arcee who looks EXACTLY like I would think she would on-screen. It does appear that improvements have also been made in the actual transforming, one scene in particular involving Jazz and Noah (Anthony Ramos, Hamilton) really gets in the mix of the transformation, it’s a sight to see for sure. I also love the new “functionality” (for lack of a better term) Jazz displays in a high speed chase with the local police. That’s the thing with these films, unless your innovating and opening new doors there’s no point in making something new.

I could talk about this trailer all day but it will pale in comparison to viewing it yourself, so check out the trailer below and let us know what you think in the comments! Transformers: Rise of the Beasts opens June 9th 2023, directed by Steven Caple Jr.