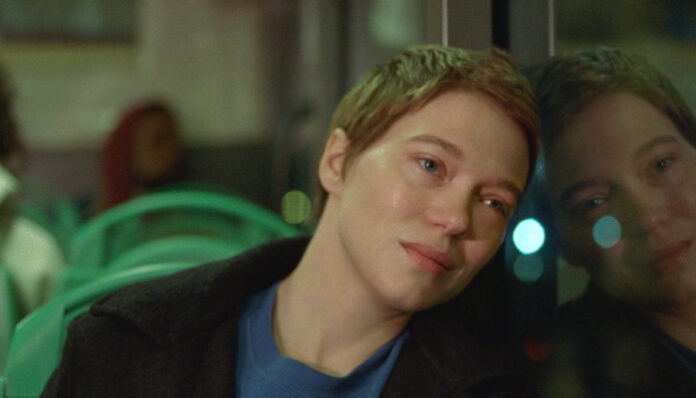 One of the great things about Léa Seydoux is how easily she slides from major studio projects, such as No Time to Die and The French Dispatch, to smaller projects such as David Cronenberg’s Crimes of the Future. She always manages to find time to star in as many features from her native France as possible, such as Mia Hansen-Løve’s One Fine Morning, which is set for an Oscar-qualifying run later this year.

Seydoux stars as a widowed single mother, struggling to find decent care for her ailing father. At the same time, she reconnects with an old friend and enters into a relationship with him, even though he is married.

Hansen-Løve premiered One Fine Morning at Cannes, where it won the Europa Cinemas Label Award for Best European Film. She was there last year with the critically-acclaimed Bergman Island.

Sandra (Léa Seydoux) is a widowed young mother raising her daughter alone, while also caring for her sick father. She’s dealing with the loss of the relationship she once had with her father, while fighting to get him the care he requires. At the same time, Sandra reconnects with Clément (Melvil Poupaud), a friend she hasn’t seen in a while, and although he’s married, their friendship soon blossoms into a passionate affair.