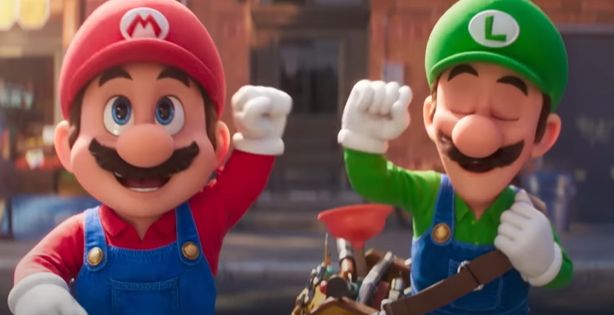 So, sure The Super Mario Bros. Movie didn’t get off to a great job, with fans being less then enthused that Chris Pratt is using his own voice for the iconic character. I get it, but ya know what? 90 minutes of that high-pitched mildly offensive stereotype of a voice would have gotten old quick. I’m not going to pretend to understand the unwarranted assault on all things Chris Pratt either but that’s for another time. Thankfully the folks at Universal decided to release the full trailer today and show us what appears to be a faithful and fun look into a film that encompasses the entirety of the Mario universe. We’re not just talking the side scrolling originals, the trailer below shows clips that are drawn from Super Smash Bros. and Mario Kart as well. I guess it’s kind of obvious that they would but I didn’t see it coming.

I will note one thing of concern, and that’s Mario’s bumbling nature. I do hope they’re not going to make him a one-note stooge and have Princess Peach being the only real hero. I’m all about badass female representation, but the whole crew should be on their game in my mind. The whole “Hero who is actually a bumbling idiot” thing has been done to death and I think it would be a lot more fun if everyone, Toad included, pulled their weight.

Regardless, I can tell you one thing they nailed and that’s understanding the universe they’re pulling from. Every scene in this trailer is sure to bring back a memory or two from those of us who’ve been playing as the mustachioed plumber since 1985 and before.

Check out the trailer below and look for The Super Mario Bros. Movie on April 7th, 2023