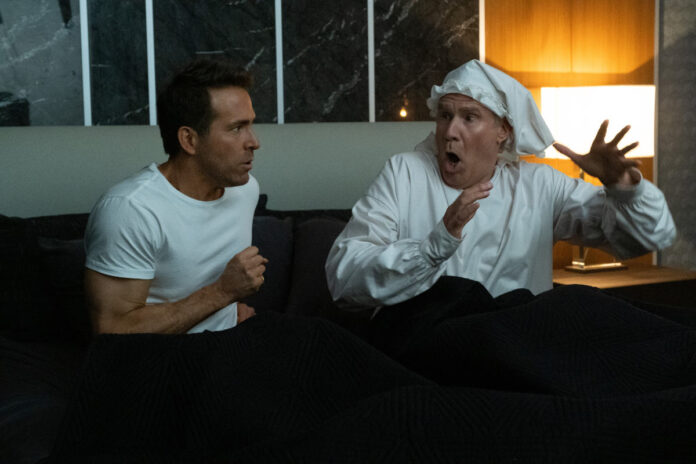 Under most circumstances, if you were to say who would make a better Scrooge, it’d be Will Ferrell and not Ryan Reynolds. Ferrell has played his share of greedy villains, while Reynolds generally tends toward the upbeat and likable. But the holiday musical-comedy Spirited will put Reynolds into the role of the miserly Scrooge, with Ferrell haunting him as the Ghost of Christmas Present.

With Ferrell playing Present, the role of the ghosts has been expanded with the story told from their perspective.

Apple is banking on this becoming an annual holiday tradition, although it’s got some decent competition this year with A Christmas Story Christmas and action flick Violent Night. Santa would be happy with all of the cinematic gifts under the tree.

Each Christmas Eve, the Ghost of Christmas Present (Will Ferrell) selects one dark soul to be reformed by a visit from three spirits. But this season, he picked the wrong Scrooge. Clint Briggs (Ryan Reynolds) turns the tables on his ghostly host until Present finds himself reexamining his own past, present and future. For the first time, ‘A Christmas Carol’ is told from the perspective of the ghosts in this hilarious musical twist on the classic Dickens tale.