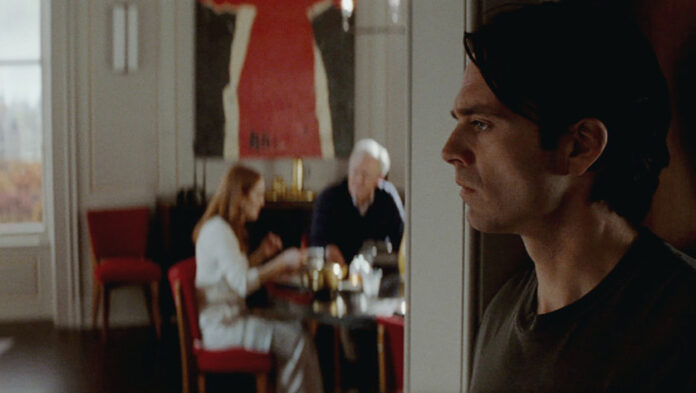 It’s been a quiet year for Julianne Moore, as the Oscar winner has really only been seen in Jesse Eisenberg’s When You Finish Saving the World. Meanwhile, Sebastian Stan has been plenty busy with his acclaimed performance in Pam & Tommy, not to mention the controversial thriller, Fresh. But the two are coming together for A24 and Apple TV+ comedy thriller, Sharper, from Andor series director Benjamin Caron.

Here’s a synopsis to go along with the newly-released teaser which simply features the faces of its stars, Stan, Moore, Justice Smith, John Lithgow, and Briana Middleton.

“Sharper” unfolds within the secrets of New York City, from the penthouses of Fifth Avenue to the shadowy corners of Queens. Motivations are suspect and expectations are turned upside down when nothing is as it seems.