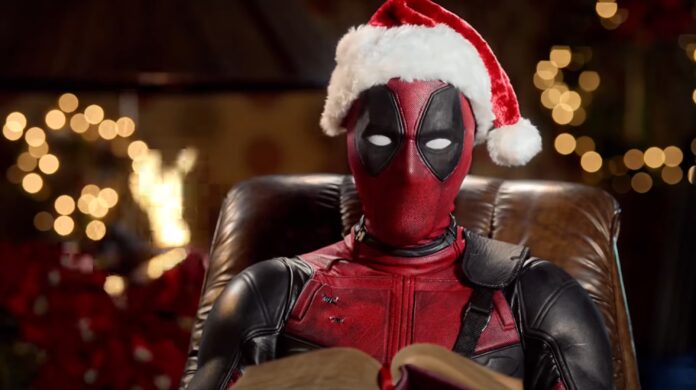 Ryan Reynolds has said or written a lot about what Deadpool 3 might be over the years. So much so that it’s hard to keep track of all of the things he’s said it could be, one of which, a Deadpool/Wolverine team-up or road film, we might actually be getting now in the MCU. But there was another idea that he had when the franchise was still over at Fox, and it sounds pretty great and perfect for this time of year.

Reynolds can be seen right now opposite Will Ferrell in the holiday-themed musical, Spirited, and he told Big Issue that he had a similar Christmas idea for a Deadpool movie…

“I would love to see a song and dance number in a ‘Deadpool’ movie. Four years ago [Deadpool co-writers] Rhett Reese, Paul Wernick, and I wrote a Christmas movie starring Deadpool. But it got lost in the shuffle of Disney acquiring Fox, and it never got made,” Reynolds said. “Maybe one day we’ll get to make that movie. It’s not a musical, but it’s a full ‘Deadpool’ Christmas movie. So, one day.”

Wolverine/Deadpool Has Been A Long Time Coming. Jackman Envisions a ’48 Hrs’ Dynamic