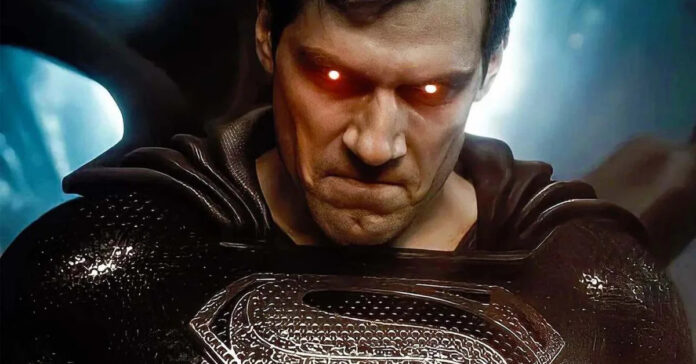 Dwayne Johnson’s Black Adam might not have been able to stand against the box office might of Black Panther: Wakanda Forever, but that’s okay. The film has managed $378M so far, but more than that it has set up a promising foundation for the character to make future appearances. Most notably, the film ends with a face-to-face showdown between Black Adam and the returning Henry Cavill as Superman.

Cavill’s reemergence, after years away and many questions about his status as the Man of Steel, almost didn’t happen. In a recent tweet, Johnson said the only way to establish that Black Adam is the baddest dude in the DCU was “to bring back the most powerful, unstoppable force of all time in any universe. And you guys know who I’m talking about? Of course, that is Superman. And that’s Henry Cavill.”

However, Warner Bros. “inexplicably and inexcusably” fought him on this, and did not want Cavill back.  Johnson wasn’t going to take no for an answer, though…

“This has been years in the making regarding bringing Henry Cavill back and years of strategic conversations and we were not going to take no for an answer. There was no way, there’s no viable logical way that you can attempt to build out the DC Universe without the most powerful force and the greatest superhero of all time sitting on the sidelines. It’s impossible to do.”

Johnson continued, “It all comes back to where Superman you have to have Superman in the mix. So that’s why we fought hard to bring Superman back, Henry Cavill, and there was no other Superman, by the way, to bring back Henry Cavill is our generation Superman and in my opinion, the greatest Superman. And I mean that respectfully to the other actors, especially Christopher Reeve, but the greatest Superman of all time.”

Of course, Johnson had to get in more of his “heirarchy of power has changed” stuff that he’s been talking about four a couple of years it seems. The only real heirarchy of power that matters is the changing of leadership at Warner Bros. Discovery and the establishment of James Gunn and Peter Safran as the new heads of DC Studios.

Sayin’ thank ya so much from my ol’ pick up truck for all the amazing #BlackAdam support and reactions
#1 movie on iTunes 🔥
We’ll remain in theaters as well throughout the holidays 🎅🏾⚡️
Also wanted to give ya some #Superman info 👊🏾
Happy 🦃🍿 pic.twitter.com/WyGa49J7Dr