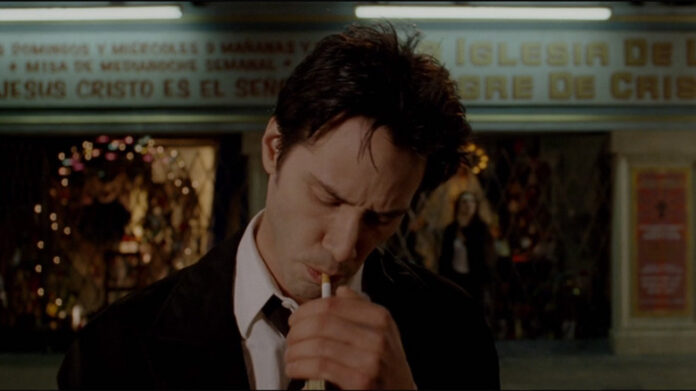 It’s so satisfying when a movie I love at release, but is panned by critics, ends up becoming a cult classic. Such was the case with Constantine, released in 2005 the comic book adaptation with Keanu Reeves in the lead got the same treatment most comic book adaptations of the time got,….in other words not good. Personally, I thought the flick was really fun, sure it had it’s share of problems but the over the top world it occupied was perfect for Reeve’s patented acting style. Other highlights include the beautiful Rachel Weisz in all her glory, Shia LaBeouf in one of his best trademark “lil buddy” roles which were his bread & butter prior to Transformers and, my favorite part, Djimon Honsou filling the role of Voodoo king Papa Midnite. Alas, it was unappreciated in it’s time so no sequel was produced…until now.

A whole 17 years later we got the news that, not only were we getting a new John Constantine film, but Keanu was onboard to come back as the unconventional exorcist extraordinaire. Now, one of the more valid criticisms of the first film was it’s PG-13 rating. Hellblazer, the book on which the film is based, is far from a PG-13 read. It’s hero is a chain-smoking, fornicating, profanity shouting demon slayer who stays with elbow deep in blood of one sort or another. So in other words, this isn’t (or shouldn’t be) family faire.

Thankfully, in addition to Reeves, original director Francis Lawrence is returning and he has some wrongs he’s looking to right. In an interview with The Wrap Lawrence had this to say about the first film:

We live in a post Joker and Deadpool world now, studios have seen the light and realized that, with certain properties, you can still sell out every theater with an R rated feature. The key being certain properties….if you make an X-Men film it wouldn’t be improved by adding a bunch of gore and nudity, it wouldn’t fit the world, but for Constantine 2, um…Yes Please!

Production hasn’t begun in earnest yet, so no word on a release date but we do have the following synopsis:

As a suicide survivor, demon hunter John Constantine has literally been to hell and back — and he knows that when he dies, he’s got a one-way ticket to Satan’s realm unless he can earn enough goodwill to climb God’s stairway to heaven. While helping policewoman Angela Dodson investigate her identical twin’s apparent suicide, Constantine becomes caught up in a supernatural plot involving both demonic and angelic forces. Based on the DC/Vertigo “Hellblazer” comics.