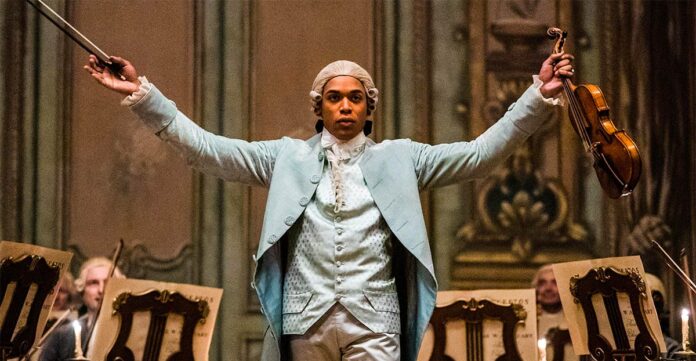 Musical talent knows no-color in Searchlight’s first trailer for their upcoming 2023 release, Chevalier. Starring Kelvin Harrison Jr. as real-life French-Caribbean composer and violinist Joseph Bologne, aka Chevalier de Saint-Georges, the film looks at how the musical genius overcame racist societal structures to gain fame and ultimately game the system on the brink of the French Revolution.

Joining Harrison in the cast are Samara Weaving (Ready or Not) as his love interest, Lucy Boynton (Bohemian Rhapsody) as Marie Antoinette, and Minnie Driver as a high society naysayer.

Prolific tv director Stephen Williams will helm the film written by Stefani Robinson. Heading up the musical side of things is composer Kris Bowers, known for his work in Greenbook and on Bridgerton.

Chevalier will be released in theaters April 7, 2023.