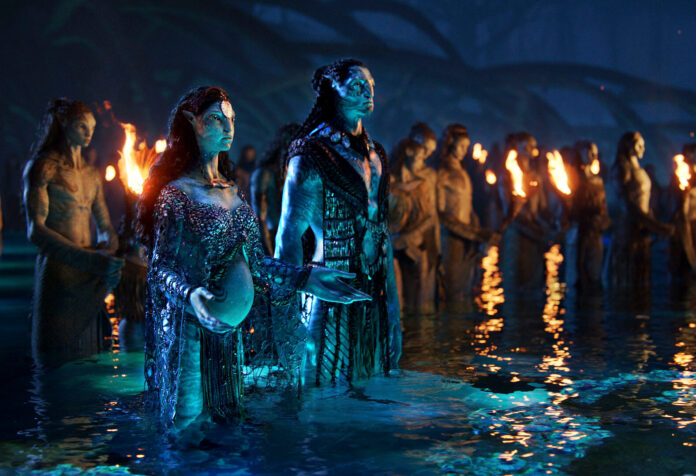 It’s been 13 years since Avatar exploded at the box office brining in over a billion dollars on it’s way to be the highest grossing film of all time. A title that it’s won back recently from Avengers: Endgame after a re-release. Cheating is what I call that….but that’s not why were here right now. As I was saying, 13 years since the original and were finally (?) on the precipice of it’s sequel, Avatar: The Way of Water hitting theaters this December. It should be a happy time for Mr. Cameron and it would be except for the fact that people have started saying out loud what we have always been thinking….”Why DID Avatar do so well?”.

Certainly it was a technological achievement showing the pinnacle of what 3D could do, and sure it was a fine action film but it didn’t have any of the Hallmarks of what one would expect from the highest grossing film of all time. Tell me, how many N’avi did you see on the streets last week Trick or Treating? Ever come across someone on the subway wearing an Avatar T-shirt? When was the last time you and a friend made each other laugh with a well placed Avatar quote? Point being, the film has NO cultural impact other then it’s box office gross, which doesn’t bode well for a decade late sequel and it’s three planned follow ups.

James Cameron seems to be realizing there’s a very real chance this next film will tank, a fact that I hate because Sam Worthington deserves more…but that’s another article for another time. In a calk with Total Film Cameron laid out that the franchises future will depend on “the market” whether it concludes in five films or three. I have to give him credit, I honestly didn’t think guys like him were able to see things from a realistic point of view when it came to their demand in the public. Still, he couldn’t come out and say “We were a fluke!”, no instead he went on to blame the pandemic and streaming, saying that audiences have changed and that maybe, just maybe they’ll remind people what the theater is all about.

Me, I think the answers much more simple then that. Avatar is THE case study lightning in a bottle. Trying to catch it again is just going to end up with someone getting fried.