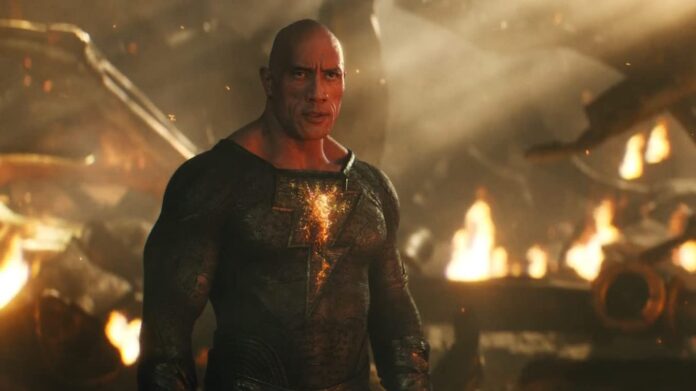 Everyone saw it. Everyone knew it was coming. It didn’t even really need to be said out loud. When Black Panther: Wakanda Forever hit theaters, it was going to spell doom for Black Adam. And we also saw how quickly Marvel’s sequel overtook Dwayne Johnson’s DC project at the box office. It took just a few days.

While Black Adam was one of Johnson’s best debut weekends ever, it has slowed to a worldwide total of $366M after five weeks. Black Panther: Wakanda Forever has $546M after just two weeks. Oof.

That has to sting. And we all know that Johnson has a massive ego. It’s part of why The Rock character worked so well, because it’s a natural part of who Johnson is. And so he had to say something when IGN posted a tweet that placed the two superhero films as financial rivals, with Black Adam obviously on the losing end.

To his credit, Johnson tries to stay the affable figure we all know him to be, but he starts out by accusing IGN of bias (he’s probably right on that score) and then makes a worthy excuse that his film is a fairly new brand to most people.

Take a look for yourself. I just found it interesting to see Johnson tweet this sort of thing because it’s unlike him. It shows that he really takes Black Adam seriously and will go to bat for it.

😂 What a neutral post.
I love competing, but @IGN you guys are in the biz with us there’s no competition with the established global brand of Black Panther compared to Black Adam & JSA who a year ago no one even heard of. No need to knock us, we’re new babies and have to grow😊