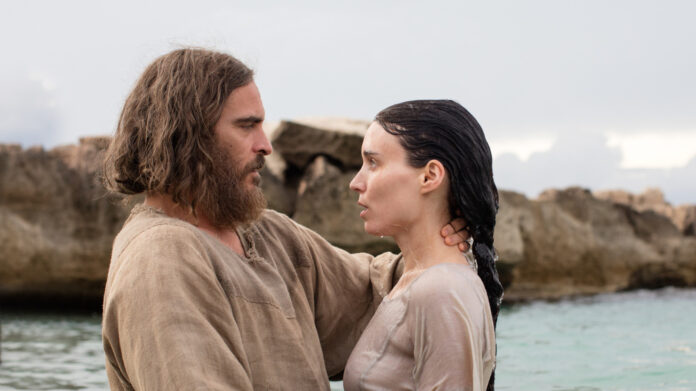 Ida and Cold War director Pawel Pawlikowski has settled on his next film, and it’ll feature the Mary Magdalene reunion everyone has been clamoring for. Or at least they would be if anyone actually saw that movie.

THR reports Joaquin Phoenix and Rooney Mara will star in The Island, a period thriller that Pawlikowski will write and direct.

Phoenix and Mara are, of course, a real-life couple and have starred in a few other films together including Her and Don’t Worry He Won’t Get Far On Foot.

Based loosely on true events, the film “will portray an attractive American couple in the 1930s who escape to their own private paradise on a deserted island and live off the land. But after a millionaire passing by on his yacht turns the couple into a tabloid newspaper sensation, a self-styled countess appears with two lovers and plans to build a luxury hotel on the island. As battle lines are quickly drawn, psychological warfare ensues between the countess and the American couple as sexual infidelity, betrayal and eventually murder takes place among the island interlopers.”

There’s a ton of cred backing up this film. Phoenix is an Oscar-winning actor and Mara a two-time nominee. Pawlikowski has earned tons of accolades for his films, as well. This one has awards season written all over it, and the premise is pretty intriguing, too. We could see multiple acting nods emerge from it.