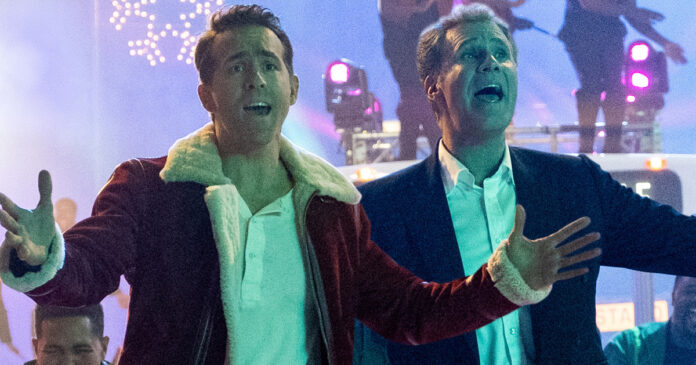 Who needs another adaptation of A Christmas Carol, am I right? Been there, seen that a thousand times over with a Scrooged and Muppets Christmas Carol, to boot. But there are multiple reasons to be excited about the new Apple TV+ film, Spirited, and it begins with the casting of Ryan Reynolds and Will Ferrell.

The duo of Reynolds and Ferrell will team up for a full-blown musical comedy, with Reynolds as Ebeneezer Scrooge and Ferrell as the Ghost of Christmas Present. While we’ve seen Reynolds belt out a tune or two, this is his first actual musical. And that’s what this is, not like a musical spoof where both men are singing with the intention of sounding terrible. They’re really giving it their all here.

Behind the camera is Daddy’s Home and Horrible Bosses 2 director Sean Anders, having teamed up on the script with his usual writing partner, John Morris. Also in the cast are Octavia Spencer and Save Yourselves! star Sunita Mani as The Ghost of Christmas Past.