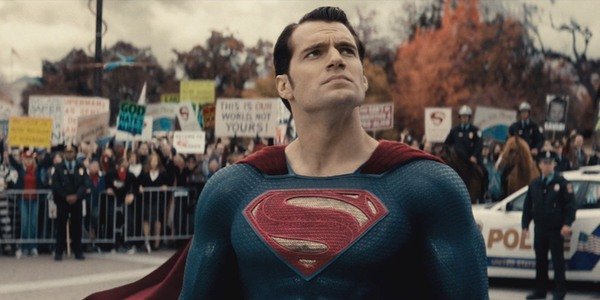 The future of DC Films remains in flux, even with projects such as this week’s Black Adam, a Joker sequel, and the expansion of The Batman universe. But a new report at THR has dropped some major bombs about what could be coming up, and it involves more Batman, The Flash, and yes, Superman.

So let’s talk about the big blue boy scout first. Rumors have been swirling for years about Henry Cavill’s future as Superman, and lately Dwayne Johnson has been fueling speculation the character could turn up in Black Adam. Me, I’ll find out whether that’s true in a couple of hours ahead of this week’s release. But assuming it is true, and Cavill is back as Superman, it will lead to a new film, possibly a Black Adam vs. Superman movie because that’s what Johnson wants. Reports are that it is Johnson who is facilitating Cavill’s return, rather than exiting chief Walter Hamada who has fought against it. So it looks like Man of Steel 2 or something like it could be happening, with Man of Steel producer Charles Roven in charge.

So what does this mean for the Black Superman project with JJ Abrams and Ta-Nehisi Coates? Well, IF it still happens it would exist outside continuity similar to Joker, but given the fate of other Abrams projects at Warner Bros. Discovery lately, it doesn’t look good. For example, the Zatanna project from Promising Young Woman‘s Emerald Fennell appears to be dead.

Despite a shaky relationship with Ezra Miller, a script for The Flash 2 has already been written. David Leslie Johnson-McGoldrick (Aquaman) wrote the screenplay, although it’s unclear if it opens the door for Miller’s departure. At the very least, this proves WBD doesn’t want to sit around and wait to see what happens.

We already know that Matt Reeves is gearing up for The Batman 2, with Robert Pattinson back under the mask. He’ll also expand that universe with a Penguin series for HBO Max, led by Colin Farrell. But now we know there’s even more to look forward to, like multiple TV shows and movies focused on Bat-villains such as Scarecrow, Clayface, and obscure baddie Professor Pyg. Reeves is meeting with writers but all of these projects are in the earliest stages of development.

Patty Jenkins’ Wonder Woman 3 is still happening, by the way. She’s close to turning in a very early script treatment (a “scriptment”), so it’s still a long distance in the future that we’ll see Gal Gadot in action again.

Finally, James Gunn has a secret DC movie in the works. This is something he has been alluding to for a long time, and rumors still suggest that it could be Man of Steel 2. Gunn is already developing a second season of Peacemaker, along with another Suicide Squad-connected series that could involve Amanda Waller.

The true health of the DCEU will be measured this week with the release of Black Adam. If that movie tanks, any or all of these other projects could grind to a halt. No pressure, Rock.