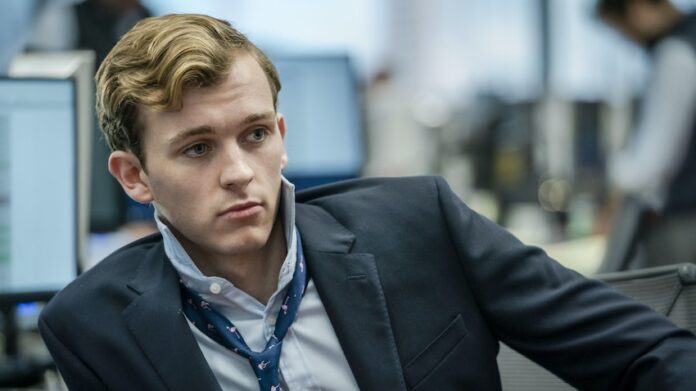 Todd Phillips’ Joker not only earned over $1B billion at the box office, but the accolades were also through the roof with eleven Oscar nominations and two victories, including Best Actor for Joaquin Phoenix. It’s rare to get that kind of critical and popular success nowadays, which sets the bar pretty damn high for the upcoming sequel, Joker: Folie á Deux, which continues to add to an impressive cast.

Joining the returning Joaquin Phoenix and Zazie Beetz, plus exciting new additions Lady Gaga, Brendan Gleeson, and Catherine Keener, is Industry star Harry Lawtey. While details on his role are a mystery, the story is said to be a musical taking place in Arkham Asylum, the correctional facility that houses Gotham’s worst criminals. Perhaps Lawtey plays a fellow inmate?

The story will center on Arthur Fleck and his relationship to Harleen Quinzel, the therapist who eventually becomes his twisted lover, Harley Quinn.

Next up for Lawtey is a role opposite Christian Bale in Netflix’s The Pale Blue Eye. He also completed the second season of HBO’s Industry.