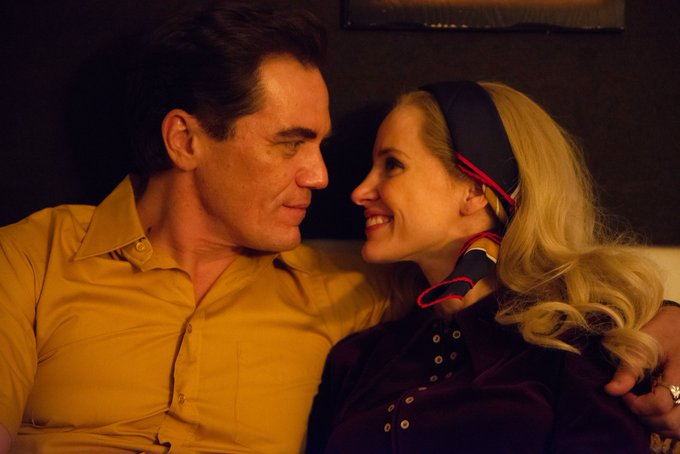 George & Tammy, the Paramount Network miniseries about country music legends George Jones and Tammy Wynette, has been a long time coming for creator Abe Sylvia and star Jessica Chastain. She agreed to join the project more than a decade ago when it was going to be a movie. That never got off the ground, but as a streaming series, and with Michael Shannon set to play Jones, it’s ready to debut later this year.

Vanity Fair has our first look at George & Tammy, a six-episode miniseries directed by Lawless and Triple 9 filmmaker John Hillcoat. Wynette and Jones were already twice-married country music royalty when they got hitched in 1969. Their turbulent six-year marriage did produce a number of hit songs, “We’re Gonna Hold On,” “Let’s Build A World Together,” “Near You,” and “Golden Ring”, many of them ironically about staying together through troubled times. Turns out, that’s one of the reasons Chastain was interested in the role of Wynette…

“I was excited about this woman who was married and divorced multiple times and struggling in Nashville and really made a name for herself on her own. She charted multiple times before she met George Jones.”

Shannon said, “Frankly, I wasn’t that familiar with George Jones. I’m not a huge country music fan—I’m more of a jazz guy, really—but when [Chastain] brought it to my attention, I got pretty seduced by the whole thing. It’s a tragic story, but it’s also a very romantic one. These songs, they’re pretty deep and they’ve got some dark corners in them, and we spent a lot of time with them. In addition to learning how to sing them, I think they also kind of taught us about who the people were and the story we were telling.”