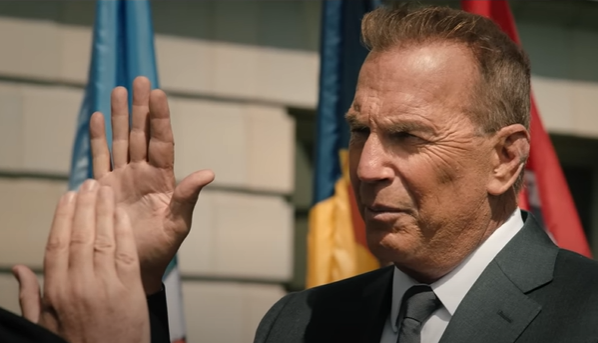 Somehow we are already up to season 5 of Paramount’s flagship show Yellowstone and the trailer released today is set to assure fans that they aren’t slowing down in their old age. For the uninitiated, Kevin Costner stars as John Dutton, owner of the largest ranch in the US. He and his family (which is comprised of a serious talent pool of actors including Kelly Reilly and Wes Bentley) fill their days fighting to ensure the survival of their family legacy and land from real estate developers, the Government, and even the local Native American reservation. Basically, it’s Dynasty, but instead of oil and Texas, it’s cattle and Montana.

I am far from caught up with this series (though not for lack of desire, it IS really good) but it seems things haven’t quite hit a comfortable cruising altitude for the Duttons. The trailer begins showing John Dutton being sworn into office as Governor and immediately cuts to behind closed doors where he’s assured he has no friends inside the capital. Drama starts hard and heavy promising a to continue the gripping nature that fans of this show have come to expect.

Check out the trailer below and look for Yellowstone season 5, Sunday November 13th on the Paramount Network.