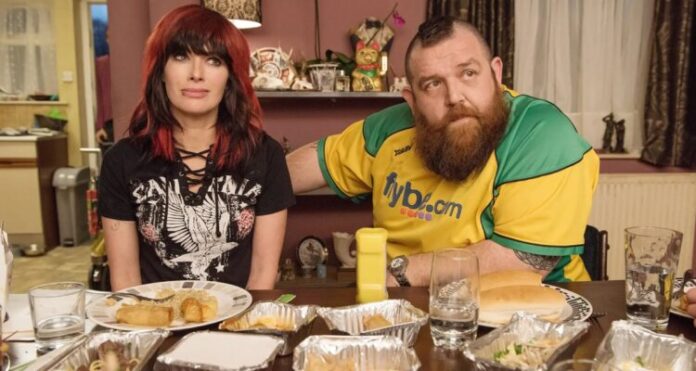 It’s a Fighting with My Family reunion! Nick Frost and Lena Headey, who played the grapplin’ parents in that wrestling drama, will be reunited in the new thriller, Svalta, which Frost also wrote.

According to Deadline, Frost and Headey will be members of a family on the run from a serial killer while vacationing on a remote island. Unfortunately for them, the locals have no interest in helping.

Frost wrote the script for Dutch directing duo Steffen Haars and Flip van der Kuil, who have directed a bunch of Dutch films you’ve never heard of. That said, Frost was excited about the film and working with Headey again…

“Take a gentle English family and send them on holiday to a tiny Swedish island full of maniacs. Simple. Not so much Nuts In May. More ‘Nuts in Mayhem’. After working with Lena in Fighting with My Family I couldn’t imagine anyone else in the world I’d want to play Susan. So I was absolutely thrilled when I heard she’d not only read the script but she actually liked it enough to do me the great honour of saying yes and once again being my on-screen wife.”

Frost, who starred in Shaun of the Dead alongside Simon Pegg, has some experience blending horror and comedy. This could be something great. Filming begins early next year.