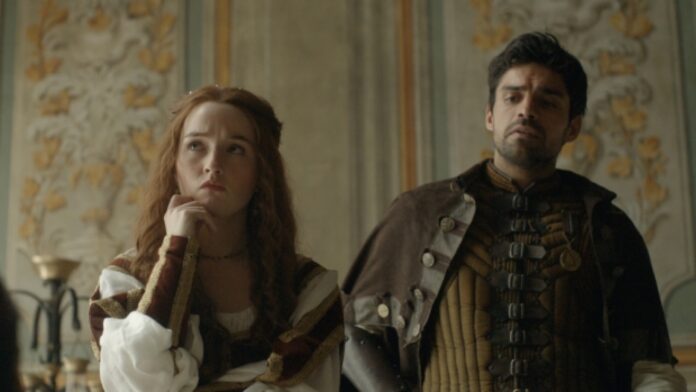 There wasn’t always Romeo & Juliet. Before them, there was Romeo & Rosaline. The new Hulu film Rosaline stars Kaitlyn Dever as the woman Romeo was in love with before Juliet swept him off his feet. The film is based on Rebecca Serle’s 2010 book, a reimagining of the character who we never actually meet in Shakespeare’s classic love story.

Penned by The Spectacular Now and The Fault in Our Stars duo Scott Neustadter and Michael H. Weber, Rosaline is a comedic, highly dramatic take on Romeo & Juliet from Rosaline’s perspective. Rosaline just so happens to be more than Romeo’s ex, she’s also Juliet’s cousin. Awkward!

Also in the cast are Kyle Allen as Romeo, Isabela Merced as Juliet, plus Bradley Whitford, Spencer Stevenson, Minnie Driver, and Sean Teale.

Karen Maine, who last helmed the 2019 sex comedy Yes, God Yes, is behind the camera.

“Rosaline” is a fresh and comedic twist on Shakespeare’s classic love story “Romeo & Juliet,” told from the perspective of Juliet’s cousin Rosaline (Dever), who also happens to be Romeo’s recent love interest. Heartbroken when Romeo (Allen) meets Juliet (Merced) and begins to pursue her, Rosaline schemes to foil the famous romance and win back her guy.