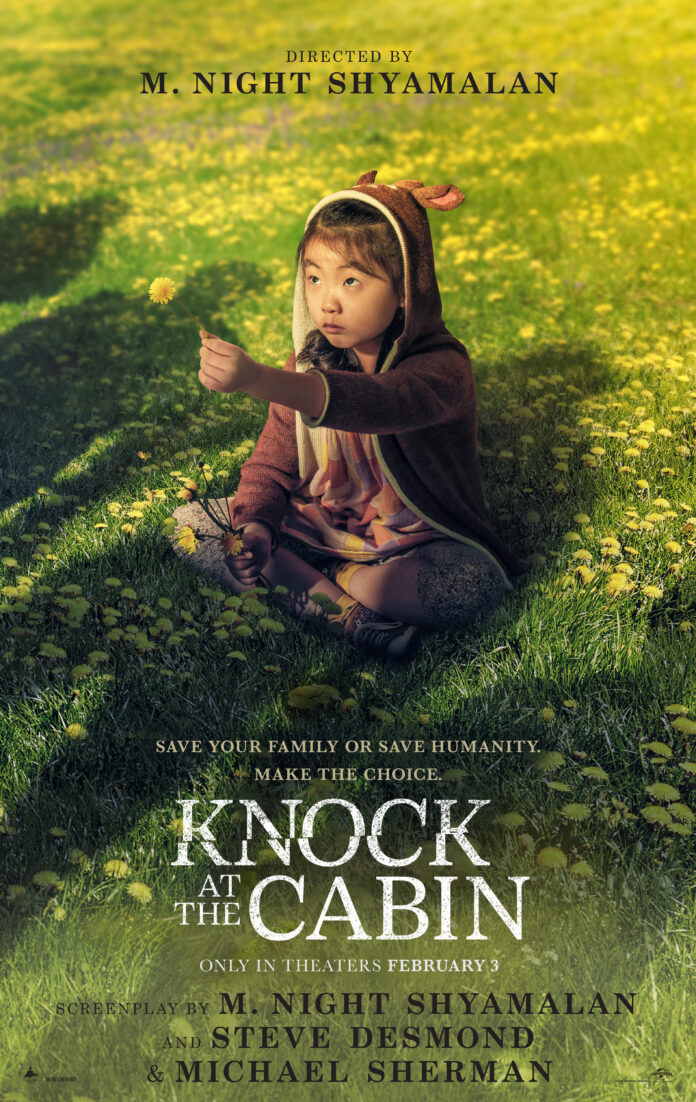 Say what you want about M. Night Shyamalan as a “one trick pony”, audiences have learned to trust him and his instincts as a director of compelling thrillers. Case in point: his most recent film Old was released during the pandemic and successfully earned $90M. That bodes well for Shyamalan’s latest, Knock At the Cabin, which carries the filmmaker’s trademark of secrecy.

Now that the trailer for Knock At the Cabin has dropped in the middle of the night, some of that secrecy has been lifted. The story, adapted by Shyamalan from Paul Tremblay’s novel, centers on a couple and their adopted daughter in an isolated cabin. Their vacation is disrupted by invaders who take them hostage, and force them to make an impossible choice to avert an apocalypse.

Don’t let the upbeat start fool you, this footage gets dark quick. Jonathan Groff and Ben Aldridge play the gay couple at the center of this story, with Kristen Cui as their daughter, and it makes me wonder if their being gay is reason they were targeted. Dave Bautista, sorta dressed like his early days as Deacon Bautista in WWE, Rupert Grint, Nikki Amuka-Bird, and Abby Quinn play the quasi-religious group who say God chose them for this world-saving task.

Knock At the Cabin opens in theaters on February 3rd 2023.