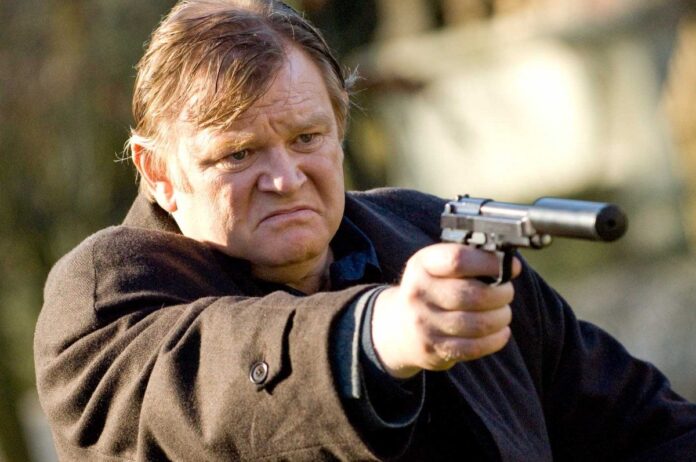 With Oscar winner Joaquin Phoenix, Lady Gaga, and Zazie Beetz all set for Todd Phillips’ Joker sequel, Joker: Folie à Deux, the cast is already very impressive. And yet it has gotten better with the addition of In Bruges and Harry Potter actor Brendan Gleeson.

Deadline has the news of Gleeson joining the Joker sequel, although there are no details on his role. It’s always possible that he’s playing an established DC character, but just as likely that he’s not. What we know about the film is that it’ll largely take place in Arkham Asylum and have musical elements. Will it be a love triangle between Arthur Fleck, Harley Quinn, and Sophie Dumond?  I can certainly see Gleeson as a therapist of some kind.

Gleeson is probably best known for playing Mad-Eye Moody in the Harry Potter films. However, he’s starred in a great many acclaimed films including Braveheart , Calvary, and Gangs of New York. He’ll be seen next in Martin McDonagh’s The Banshees of Inisherin.