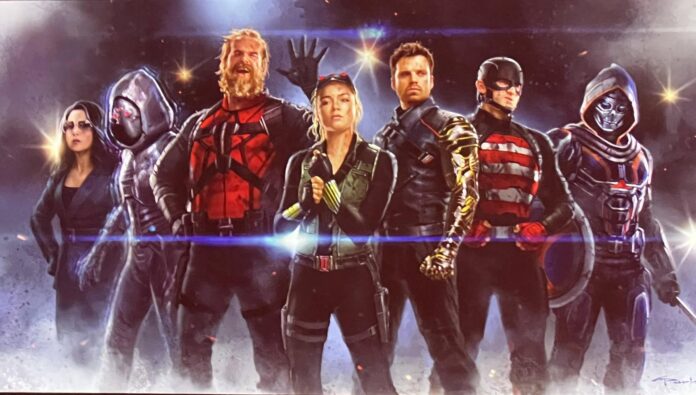 Earlier this week, rumors swirled that Florence Pugh’s Yelena Belova was going to lead the titular antihero super team in Thunderbolts. Well, D23 confirmed that not only rumors are true but some other new editions would be added as well.

Surprisingly, the Winter Soldier aka Bucky Barnes aka actor Sebastian Stan will be leaving the Avengers for the more morally gray team in the upcoming film. After his appearance in Falcon and the Winter Soldier, Stan’s fate in the MCU was up in the air.

Stan’s presence in Captain America: New World Order was not confirmed today as, Tim Blake Nelson, Carl Lumbly, Shira Haas (Unorthodox) and Danny Ramirez were cast in the film. Nelson is returning as the egg-headed villain The Leader, last seen in 2008’s The Incredible Hulk. The Leader aka Samuel Sterns is a scientist who helped create The Abomination and sorta himself into one, as well.

Interestingly, Lumbly will reprise his Falcon and the Winter Soldier role of Isaiah Bradley, a Black war veteran who became part of the Super Soldier serum experiment. Bradley is a key figure in the Captain America history in the comics, and it’s great that his story isn’t finished in the MCU. The only question is if his grandson Eli (played by Elijah Richardson), who later becomes the superhero Patriot, will also have a role.

Ramirez, who played Sam Wilson’s friend First lieutenant Joaquin Torres, will reprise the role and take over as the new Falcon. And Haas will play Sabra, who in the comics is an Israeli mutant working for the Mossad. She often went on international adventures with the X-Men.

Anthony Mackie and the cast of Captain America: New World Order has taken the stage at Hall D23! #D23Expo pic.twitter.com/IrX6hPdYAe