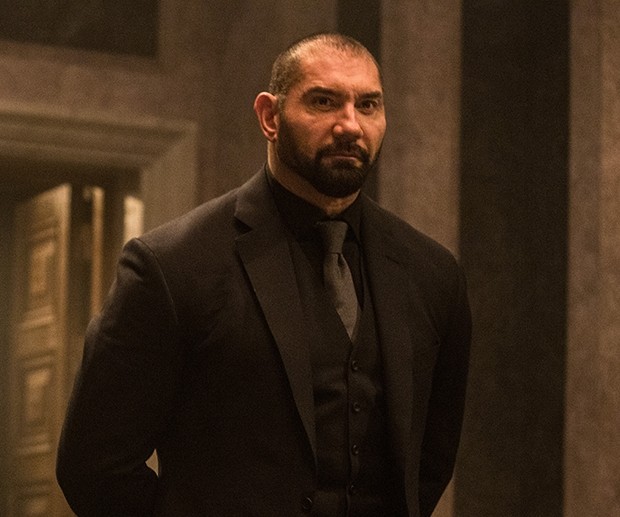 Who needs a Road House remake when we have Cooler, the South Beach bouncer flick from Bad Times at the El Royale director Drew Goddard? With production set to begin next summer, Deadline reports it’ll be Dave Bautista crackin’ skulls in the action thriller.

Bautista plays Ray Sagona, a South Beach bouncer in search of redemption by getting his family back. However, he’s blackmailed into retrieving a drug-filled safe stolen from the bar he works at. To do it he’ll need to survive a dangerous 36-hour journey across Miami Beach to get the safe ahead of Miami police.

Pearce will be directing from his own script, and is excited at the shot to work with Bautista…

“Dave is one of the most soulful and talented collaborators I’ve been lucky enough to work with — the chance to build an iconic character with him and make the kind of long-dark-night-of-the-soul thriller that I’ve always loved, is too good to be true. The fact that we get to do it all in Miami, guided by the epic cultural knowledge of Drake and Future The Prince, is frankly a mindblower. And there’s nobody more perfect to be our partner than Infrared, whose creative ambitions aligned perfectly with what we want this movie to be,” said Pearce.

Bautista will be seen next in Rian Johnson’s Glass Onion: A Knives Out Mystery, followed by M. Night Shyamalan’s Knock At the Cabin. After that, he’ll suit up as Drax for the last time in Guardians of the Galaxy Vol. 3, and has Denis Villeneuve’s Dune Part Two. In short, he’s super busy but still finds time to take on the projects he really wants.