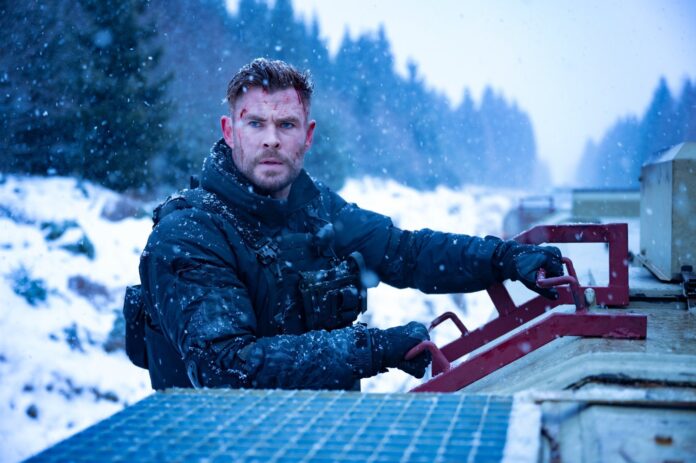 Who needs Thor, anyway? Chris Hemsworth has another franchise on his hands. During Netflix’s Tudum event, they released the first behind-the-scenes footage from Extraction 2, with Hemsworht returning as the still awesomely-named Tyler Rake. That’s such an old school action movie name.

After being presumed dead at the end of the first movie, when it actualy looked like it would be a one-and-done flick, Tyler Rake is back and this time the mission takes him to Eastern Europe.

“After barely surviving the events of the first movie, Rake is back as the Australian black ops mercenary, tasked with another deadly mission: rescuing the battered family of a ruthless Georgian gangster from the prison where they are being held.”

Former stuntman Sam Hargrave is once again behind the camera, working with producers Joe & Anthony Russo as part of their AGBO production company. Joe Russo also wrote the script.