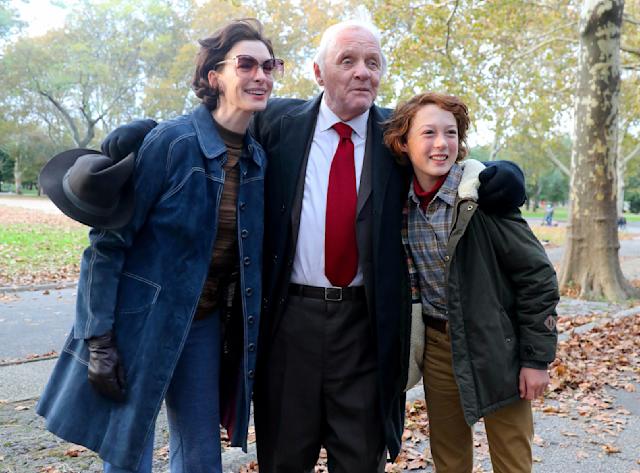 James Gray’s taken us into deep space, into the jungles of the Amazon, on a 1920s immigrant journey, and into the bedroom of two lovers. He tells stories both vast and personal in scope, but no matter what they’re all much bigger than they initially appear. His latest, Armageddon Time, recently debuted at Cannes and the early reviews suggest it’s exactly in line with what we’ve come to expect from Gray. In other words, this one’s gonna be an awards season player.

Anne Hathaway, Anthony Hopkins, Jeremy Strong, and Michael Banks Repeta star in the film set in 1980s Queens, New York and centered on 12-year-old Paul Graff. After he and his friend are caught with weed, Paul is sent to a private and nearly all-white prep school that he immediately hates and plots an escape from. The movie is seen as a memoir of Gray’s own childhood.

One of the big hooks of the film has been its connection to the Trump family, as the prep school just so happens to be the same one attended by Donald Trump. Jessica Chastain plays his sister Maryann Trump in a small role. Cate Blanchett had been attached to it at one point. Oscar Isaac, Donald Sutherland, and Robert De Niro also were part of the cast but dropped out for various reasons.

James Gray’s Next Film Is A Biopic On Young John F. Kennedy