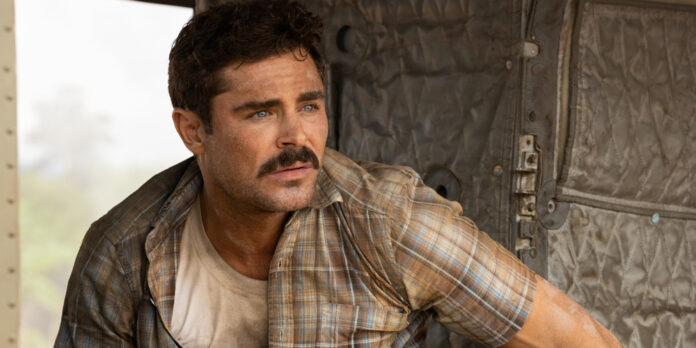 When you and your buddies talk about making a “beer run”, chances are you mean going up the street to the local 7-11. As you can probably tell by the title to Peter Farrelly’s new historical drama, The Greatest Beer Run Ever, Zac Efron is going to beat that by a few thousand miles and a battlefield or two.

In The Greatest Beer Run Ever, Efron plays John “Chickie” Donohue, who in 1967 journeyed to Vietnam during the Vietnam War, lugging a backpack of cold ones while crossing battlefields and jungles to find his friends on the frontline so they could share a beer and a few laughs.

Yes, this story is true, and based on the book by Donohue and Joanna Molloy. Joining Efron in the cast are Russell Crowe, Bill Murray, and Jake Picking.

A ton of eyes will be on this one to see if Farrelly can match the success of his solo directing debut, Green Book, which one the Oscar for Best Picture. Those are some high standards to meet.

The Greatest Beer Run Ever will hit theaters and stream on Apple TV+ beginning September 30th.

To show support for his neighborhood friends serving in Vietnam, Chickie Donohue (Zac Efron) decides to do something totally outrageous: travel to the frontline by himself to bring the soldiers a little piece of home — their favorite can of American beer. However, what started as a well-meaning journey quickly turns into the adventure of a lifetime as Chickie confronts the reality of this controversial war and his reunions with his childhood buddies thrust him into the complexities and responsibilities of adulthood. Based on an incredible true story, “The Greatest Beer Run Ever” is a heartfelt coming-of-age tale about friendship, loyalty, and sacrifice.