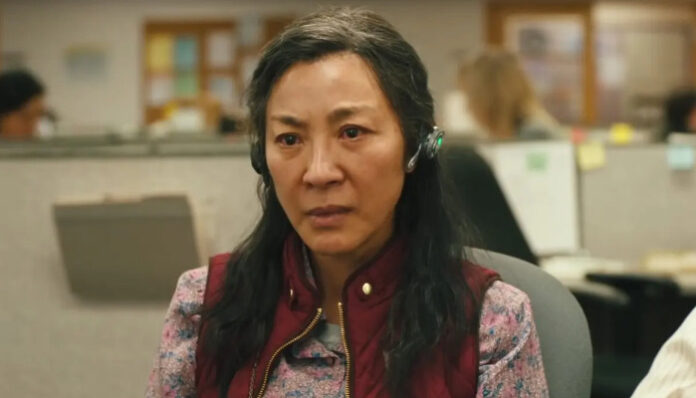 The Russo Brothers’ next big blockbuster film for Netflix isn’t yet one of their followups to The Gray Man. It will be the sci-fi adventure The Electric State, which has had Millie Bobby Brown and Chris Pratt attached for a while, and now the cast around them has come together.

According to Deadline, Michelle Yeoh, Stanley Tucci, Jenny Slate, Jason Alexander, and Brian Cox have joined The Electric State ensemble. The film is based on Simon Stålenhag‘s graphic novel set in a retro-future where a young girl traverses the American West with a drifter and a robot sent by her lost brother.

Details on their roles are unclear. Slate and Cox might be voicing CGI characters, however.

Yeoh is coming off the wild acclaim for Everything Everywhere All At Once, perhaps the breakout film of the year. Tucci was last seen in The King’s Man, and will play Clive Davis in Whitney Houston biopic I Wanna Dance with Somebody. Slate was recently the voice of Marcel the Shell with Shoes On. Alexander is the legendary Seinfeld character George Costanza so he need not ever work again if he doesn’t want to. And Cox is the star of HBO’s Succession.

The Russos are directing from a script by their frequent collaborators, Christopher Markus and Stephen McFeely.

‘I Wanna Dance With Somebody’ Trailer: Naomi Ackie Stars As Whitney Houston In Kasi Lemmons’ Biopic