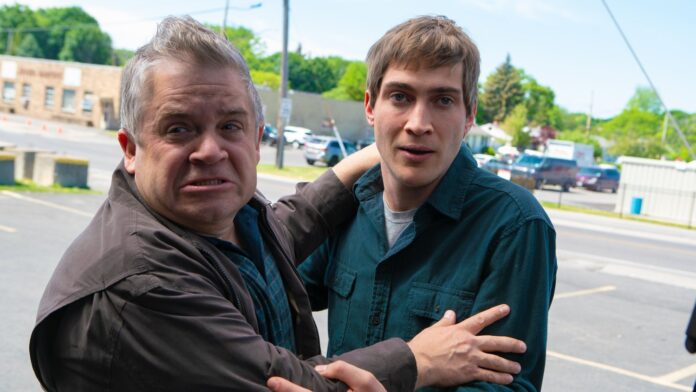 Father-son bonds. That strong relationship built on love, experiences, and trust. A topic that has been touched upon by countless films in a variety of ways. Yet I can confidently say that I Love My Dad managed to find a new angle to explore the father-son dynamic. An angle that James Morosini, who writes, directs, and stars in the film drew on from his real-life experiences. Yes, this apparently happened and no, his dad doesn’t want us to know about it. 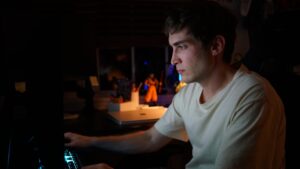 Franklin (Morosini) has decided that enough is enough. In the interest of his mental well-being, he needs to cut his dad Chuck (Patton Oswalt) out of his life. Chuck has already estranged himself from Franklin and ex-wife Diane (Amy Landecker). Now it’s time for Franklin to take matters into his own hands. No more bullshit voicemails from Chuck apologizing for missing important milestones. No more social media posts on Franklin’s wall as a halfhearted way to keep in touch. Chuck wasn’t there when Franklin needed him leading Franklin into an unstable mental space. This negativity isn’t healthy and Franklin, with the help of a counselor and support group, is ready to cut ties. 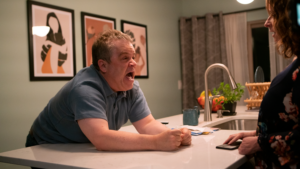 Yeah…that’s not going to work for Chuck. Sure, he wasn’t always there and hasn’t been the best dad – but deep down he means well! Come on, Franklin is his son and he loves him. This is finally the wakeup call Chuck needs; he knows he can change. He just needs Franklin to believe it too. In the meantime, if only Chuck can just keep an eye on Franklin – to make sure he’s alright. When Chuck’s coworker Jimmy (Lil Rel Howery) mentions creating a fake profile to keep tabs on an ex-girlfriend, the wheels start turning. 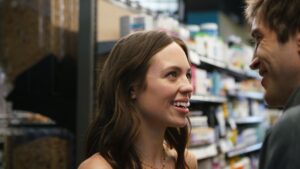 What could go wrong? Make the profile, check in on Franklin’s pictures and posts – no harm, no foul. Using a local waitress Becca’s (Claudia Sulewski) name and pictures, Chuck goes for it. Just like that he’s in, all of Franklin’s information back on his screen with the acceptance of a friend request. Now Chuck can sit back in the shadows and check in on his boy. That is until the chat request comes in – Franklin wondering why “she” randomly friended him. Chuck has to respond or Franklin will block “Becca” too. One innocent response blossoms into countless conversations – and Chuck has never felt closer to Franklin. Now what’s he going to do when Franklin wants to meet in person? 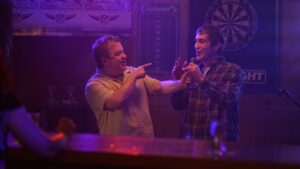 I Love My Dad is a trip. Right off the bat, this film is not for everyone. There is a cringe factor present that will instantly turn certain viewers off. Others will be able to ignore their skin crawling because they are laughing so hard it hurts. Morosini shouldered a ton of responsibilities for the film – it is completely his brainchild. Wearing multiple hats is not easy, but he delivers. His clever script and directorial style create a unique and interesting heartfelt comedy. Morosini’s script is the perfect balance of dry humor, witty writing, and slapstick comedy. He manages to portray modern technology and communication in a fresh and stylish manner. Not only does it keep the viewer engaged, but it adds to the hilarity of the film. Having such a talented cast doesn’t hurt either. 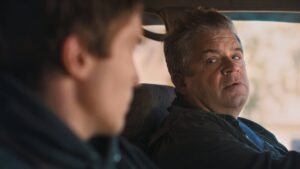 Oswalt is fantastic in the film, maybe the best he’s ever been. He is an underappreciated actor and I Love My Dad gives him a platform to show his skills and range. In addition to Oswalt, the supporting cast knocks it out of the park. Howery is hilarious, providing tons of comedic moments as a friend who can’t believe what he is watching unfold. Rachel Dratch, as Chuck’s girlfriend Erica, brings her veteran comedic skills in full force. Her offbeat humor and responses are fantastic and hilarity ensues every time she’s on screen. I Love My Dad blends veteran comedic actors with Morosini’s young and fresh style. Unlike Chuck and Diane, it’s a marriage that works. I Love My Dad manages to pull at the heartstrings while being simultaneously hilarious. I Love My Dad is a unique film that is absolutely worth a watch – for those that can stomach it.