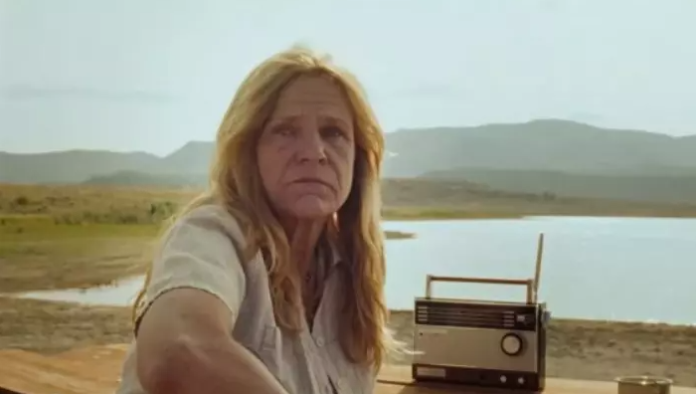 Love and loss sometimes go hand in hand. No one seems to know that better than Faye (Dale Dickey) in A Love Song. It has been years since her husband Tommy died, when a part of her died too. Losing Tommy rocked Faye’s world and everything she knew. The loneliness was overwhelming. Yet life goes on, and Faye managed to go along with it. 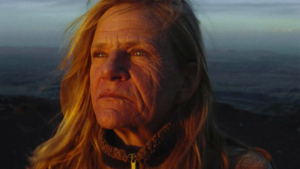 Now over 7 years later and Faye is taking her first trip without Tommy. Renting a scenic spot by a lake and being one with nature. Armed with a book teaching her bird calls during the day, and a book teaching her the constellations at night. While the trip begins as a solo excursion, Faye anxiously awaits potential company day after day. 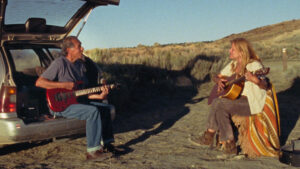 Lito (Wes Studi) is an old boyfriend of Faye’s who is also dealing with loss. His wife Shirley having passed away, gone but not forgotten. Lito still manages to bring up Shirley frequently, without even realizing it. When Lito finally arrives, him and Faye find solace in each other’s shared journeys. Everyone heals differently, but sometimes just knowing that someone else is sharing the experience can be a source of comfort. 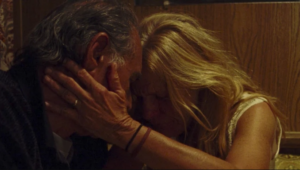 A Love Song is written and directed by Max Walker-Silverman. A Love Song is Walker-Silverman’s feature-length debut, although it is on the shorter side with an 81-minute runtime. Walker-Silverman’s script and vision take full advantage of Dickey and Studi’s veteran acting chops. The film is a showcase for the two of them, especially Dickey. Minimal cast members and even fewer sets allow the spotlight to be fully trained on Dickey. She doesn’t shy away from the moment and delivers. 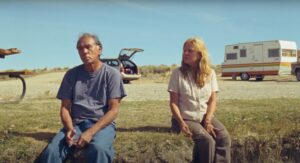 Walker-Silverman manages to convey just as strong a message with the absence of dialogue as with dialogue itself. Granted having Dickey and Studi portray the emotions absolutely helps the cause. Dickey and Studi have undeniable chemistry, even if it is bathed in uncomfortableness. The tenderness portrayed by both individually, and as a pair, is heartwarming and believable. 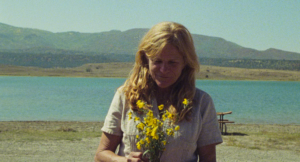 A Love Song not only serves as a showcase for Dickey, but for the west. Walker-Silverman’s shots of the beautiful Colorado landscapes and the accompanying country music paint a vivid picture. The transition from a music-filled moment to complete silence is almost jarring, but incredibly effective. A Love Song is entirely character and script-driven. It is a true romantic drama about self-reflection, love, growth, and perseverance. The film is not for everyone and may test the attention span of some viewers. However, fans of the genre and/or Dickey and Studi will find themselves pleasantly surprised.

A Love Song is in select theaters now, and opens in DC on August 5th.