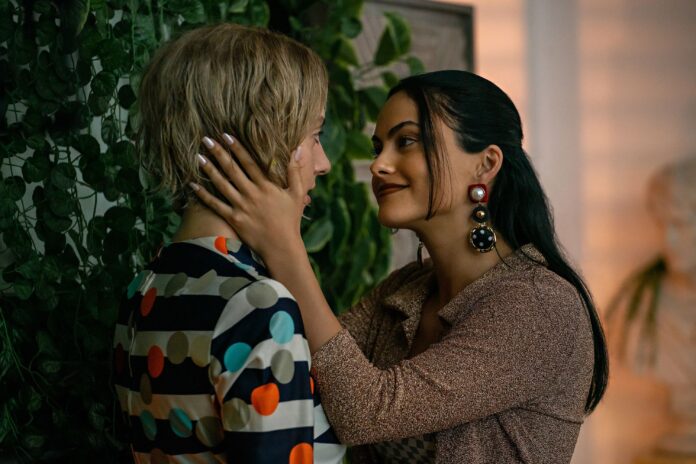 *Netflix has released the full trailer for Do Revenge, just a few days after the teaser. So we’ve updated the prior post.*

The more things change, the more they stay the same. High school is no different. The clothes, the lingo, it might evolve but when teenagers get screwed, they still have fantasies about getting payback. Just as in the 1989 classic Heathers, the teens at the heart of the new comedy Do Revenge go to violent to get vengeance on those who have made their lives miserable.

Starring Stranger Things‘ Maya Hawke and Riverdale‘s Camila Mendes, Do Revenge centers on popular girl Drea, who joins with transfer student Eleanor to get some much-needed payback against their enemies when a sex tape of her is leaked.

Director and co-writer Jennifer Kaytin Robinson has already had a big year as co-writer on Thor: Love & Thunder alongside Taika Waititi. She also directed the Netflix rom-com Someone Great, and created the Netflix series Sweet/Vicious. She co-wrote the Do Revenge screenplay with Celeste Ballard, drawing inspiration from Alfred Hitchcock’s Strangers On a Train.

Drea (Camila Mendes) is at the peak of her high school powers as the Alpha it-girl on campus when her entire life goes up in flames after her sex tape gets leaked to the whole school, seemingly by her boyfriend and king of the school, Max (Austin Abrams). Eleanor (Maya Hawke) is an awkward new transfer student who is angered to find out that she now has to go to school with her old bully, Carissa (Ava Capri) who started a nasty rumor about her in summer camp when they were 13. After a clandestine run-in at tennis camp, Drea and Eleanor form an unlikely and secret friendship to get revenge on each otherâ€™s tormentors.