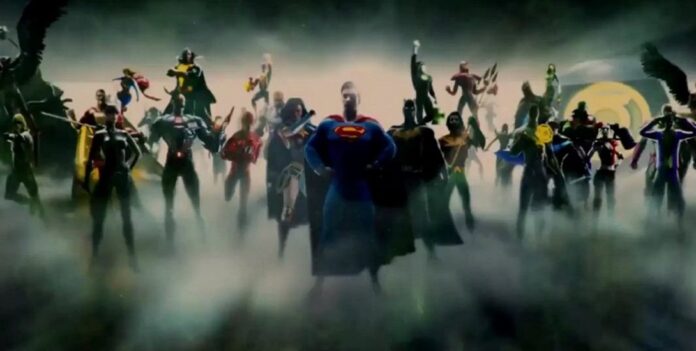 Things are definitely changing at DC Films under the new Warner Bros. Discovery regime. And the new plan? Do what worked for Marvel Studios! Hey, at least they aren’t trying to hide it. Seriously, CEO David Zaslav has some clean up to do following the Batgirl cancellation, as it has NOT gone over well with fans eager to see a Latinx take on the character played by Leslie Grace. Zaslav both laid out the overall vision for the DCEU, while also appearing to take some shots at the axed film’s overall quality.

Talking about the future of DC Films, Zaslav confirmed the division is undergoing a “reset”, with a firm commitment to the theatrical model. That is something that has been apparent from the start, beginning with the move of Blue Beetle from HBO Max streaming to theaters. It was also a reason behind the cancellations of Batgirl and Wonder Twins…

“Our ambition to is bring Warners back and produce great, high-quality films,” he said. “We can build a long-term sustainable growth business out of DC. We’re not releasing a film before it’s ready.”

“The focus is to make these films as good as possible.”

To me, that sounded like a shot at Batgirl. It continued with Zaslav stating…

Superman was mentioned quite a lot by Zaslav, confirming what we already knew that the Man of Steel is definitely a high priority, and perhaps the rumors regarding Supergirl’s demise are also true.

“You look at Batman, Superman, Wonder Woman, Aquaman, these are brands that are known everywhere in the world,” Zaslav said. “And the ability to drive those all over the world with great stories is a big opportunity for us. We have done a reset. We’ve restructured the business. We’re going to focus where there will be a team with a 10-year plan focusing just on DC.”

Zaslav made it clear that the Marvel model established at Disney by Bob Iger, Alan Horn with Kevin Feige, is what WBD is looking to emulate…

“It’s very similar to the structure that Alan Horn and Bob Iger put together very effectively with Kevin Feige at Disney. We think that we could build a long-term, much stronger, sustainable growth business out of DC, and as part of that, we’re going to focus on quality.”

It’s worth noting that Alan Horn is working with WBD in a consultant capacity, and could be the guy who find their Feige-like guru to oversee DC Films.

So what about the films already slated to open? Including The Flash, which has been under fire due to the many PR disasters caused by star Ezra Miller? Zaslav says it’s safe, along with Black Adam and Shazam: Fury of the Gods, although he does suggest that reshoots could be coming to “make them even better.”

“We have seen The Flash, Black Adam and Shazam 2,” said Zaslav, “We are very excited about them. We’ve seen them. We think they are terrific, and we think we can make them even better.”

Truthfully, there wasn’t a ton of news broken during this meeting. The only thing seriously of note was confirmation that HBO Max and Discovery+ would be merging into a single streaming service launching next summer. So I guess when King Shark hosts the next edition of Shark Week, it’ll all make sense.