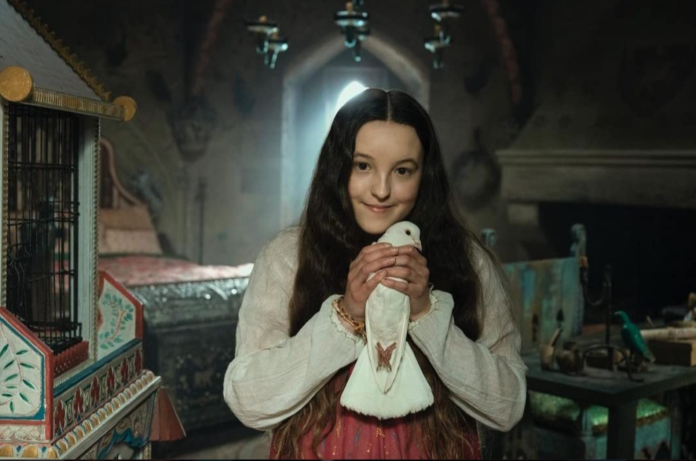 After a few years out of the spotlight, Lena Dunham has hit 2022 hard with a pair of projects. The first was the sex comedy Sharp Stick which debuted at Sundance and is in theaters now. But coming to TIFF to make its world premiere is Catherine Called Birdy, a medieval comedy that couldn’t be more different.

Starring Game of Thrones breakout Bella Ramsey (Lyanna Mormont FTW!) as a girl in 13th-century England who refuses to settle for what society expects of her. Catherine’s father (Andrew Scott) hopes to marry his daughter off to help the family’s position in the social hierarchy, while her mother (Billie Piper) just wants her to be a docile lady. Catherine ain’t havin’ it.

The year? 1290. In the Medieval English village of Stonebridge, Lady Catherine (known as Birdy) is the youngest child of Lord Rollo and the Lady Aislinn. Her playground is Stonebridge Manor, a house that, like the family, has seen better days. Financially destitute and utterly greedy, Rollo sees his daughter as his path out of financial ruin by marrying her off to a wealthy man for money and land. But Birdy, like all the great teen heroines, is spirited, clever, and adventurous, and ready to put off any suitor that comes calling in increasingly ingenious ways. Her imagination, defiance, and deep belief in her own right to independence put her on a collision course with her parents. When the vilest suitor of all arrives, they are presented with the ultimate test of love for their daughter.

‘The Last Of Us’: HBO Reveals First-Look Footage From Anticipated Video Game Adaptation