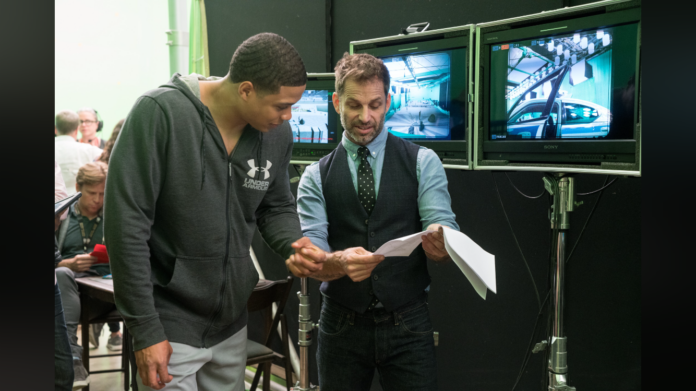 This should come as a shock to absolutely nobody, but the #ReleaseTheSnyderCut movement might not have been totally organic.

The social media campaign that sprung to life in 2018 and ultimately convinced/forced Warner Bros. to release Zack Snyder’s Justice League more than a year ago may have been significantly driven by fake or bot accounts. This is all emerging from a Rolling Stone article pulling from reports commissioned by WB, who were looking into what the fuck happened to get them backed into such a corner.

Without getting too into the data weeds, analytics shows that about 13% of the fan enthusiasm behind #ReleaseTheSnyderCut was from fake accounts or bots. That’s up form the typical 5% seen in similar social media campaigns. There’s also some question surrounding fansite forsnydercut.com, which might not have been a fan site at all but driven by a digital marketing firm in which the face of the website, Fiona Zheng, seems to no longer exist. It’s unclear who put up the money for any of this, but Zack Snyder has denied involvement.

“After researching online conversations about the Snyder Cut of the Justice League‘s release, specifically the hashtags ‘ReleaseTheSnyderCut’ and ‘RestoreTheSnyderVerse’ on Facebook, Twitter and Instagram, [the analysts] detected an increase in negative activity created by both real and fake authors,” WB’s report states. “One identified community was made up of real and fake authors that spread negative content about WarnerMedia for not restoring the ‘SnyderVerse.’ Additionally, three main leaders were identified within the authors scanned on Twitter, Facebook, and Instagram — one leader on each platform. These leaders received the highest amount of engagement and have many followers, which gives them the ability to influence public opinion.”

If you recall Snyder’s presence following the 2016 release of Joss Whedon’s reviled theatrical cut of Justice League, he was a major influence driving his supporters to react. Snyder repeatedly posted images and promos from his unfinished version, and communicated with the most die-hard supporters routinely.  There are other behind-the-scenes reports that Snyder used his connection with fans to make thinly-veiled threats at WB, specifically producers Jon Berg and Geoff Johns, whose names he wanted to be removed from Zack Snyder’s Justice League. When that didn’t happen fast enough, Snyder reportedly said “Geoff and Jon are dragging their feet on taking their names off my cut. Now, I will destroy them on social media.” Snyder’s fans proceeded to submarine other DCEU projects in which Berg and Johns were involved, including Wonder Woman 1984 which Johns co-wrote.

So while from one angle Snyder is seen as the returning superhero for overcoming a tragedy (the death of a child) and getting to finish his movie as he intended, a different source says he was “like a Lex Luthor wreaking havoc.”

Here’s the deal: none of this shit really matters. Snyder got WB to pony up millions of dollars so he could complete his vision for Justice League. The film is seen as far superior to the original, as well, earning some of the best reviews of Snyder’s career. Did it work out for WB? Did they get a bump in subscribers to HBO Max? I don’t really know. All they seemed to get out of it was yet another problematic hashtag, #RestoreTheSnyderverse, because Snyder did too good of a job. While that one is unlikely to succeed, it’s unquestionable that Snyder understood his power and used it to his advantage. Now, his followers are joining him at Netflix where his Army of the Dead franchise is popular, and he has the Star Wars-esque sci-fi film Rebel Moon on the way.