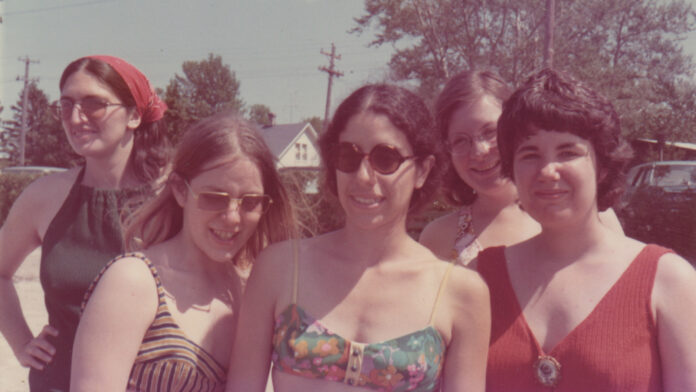 After the Supreme Court’s recent decision to overturn Roe V. Wade, we at Punch Drunk Critics thought we should repost our Sundance review of the currently streaming HBO documentary The Janes which looks at the network of people in 1960s Chicago who provided women healthcare.

Almost 49 years to the day, Roe v. Wade was decided by the Supreme Court. The controversial ruling granted all women the fundamental right to choose whether or not to have an abortion without government restriction. But abortion didn’t start with the passing of the landmark court case.

Over a 5 year period from 1968 to 1973, 11,000 women received the procedure by contacting the Chicago-based Jane collective. Their group provided relatively safe (for the time) abortions, counseling, and financial assistance to women from all walks of life and situations. Now at a time when reproductive rights are once again being questioned, The Janes co-directors Tia Lessin and Emma Pildes finally give the Jane Collective an in-depth dive into little-known female history.

The Janes is one of three films centering around abortion showing at this year’s Sundance and the second about the Chicago-based abortion group. While Carol writer Phyllis Nagy gives us a fictionalized retelling of this story in Call Jane starring Elizabeth Banks, Lessin and Pildes take the documentary approach. Tying together the group’s origins, with real testimony from members involved, and the intricate processes taken to stay hidden, the filmmakers take many conventions from the true crime genre to tell this story.

At some points, The Janes feels like a heist film. These women, many now in their late 60s or early 70s, break down how they tried to outsmart authorities. This includes having the consultation and the procedure in separate locations. The driver provided by the collective was instructed to drive like she was being followed. This included stopping for a bit before going another way, taking alternative routes, and making unnecessary turns. At the heart of each testimony is the idea that each member would do whatever they could to help women in crisis as they realized that those coming to them were willing to do “awful things” to get rid of a fetus.

The Janes doesn’t try to persuade anybody out of their beliefs but rather educate to the lengths women from all backgrounds took to get an abortion before it was legal. The tone is even, and though a few women imply at the film’s end that they are unhappy with the current state of reproductive rights, facts are stated as history without a political connotation.

Whether you agree with what they did, their pride shines through in their interviews. From the women who taught themselves how to do the procedure, to the ones who tricked police during raids, you can hear the satisfaction in their voices as they talk about how they were able to help at least 30 women a day. They recognize their shortcomings, mainly with the Black and Brown communities and those from poorer backgrounds. The real legacy of Lessin and Pildes’ documentary is just how vital this story is. It acknowledges our history, even if we don’t know where the future is headed yet.

The Janes is streaming on all HBO platforms.