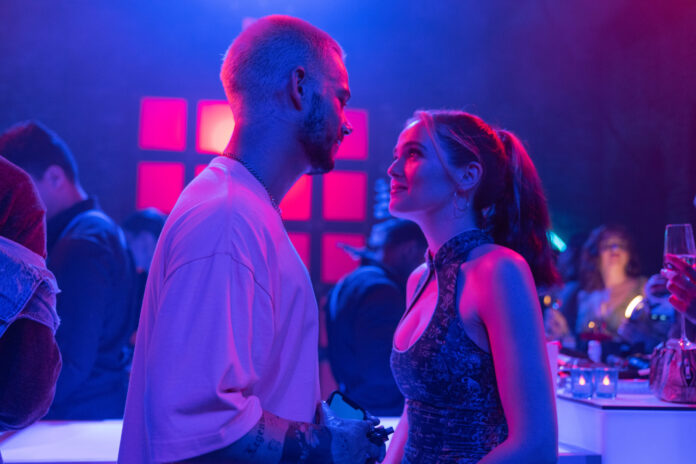 Social media’s grip on society is only strengthening. People turn to it for trends, products, news, simple entertainment, and in some cases, even self-worth. Danni Sanders (Zoey Deutch) is floating through life in Not Okay. With no real friends or connections – including a one-sided love interest in social media influencer Colin (Dylan O’Brien) that doesn’t really know she exists – Danni finds social media as an escape. Even working at a magazine, her dream job of being a writer is further away than ever. Seems like Dani will continue feeling invisible while working as a photo editor and writing articles that won’t be published. That is unless she does something exciting and interesting to get people’s attention. Maybe something like taking an exciting trip to Europe, all documented on social media. The problem is a European vacation is pricey… but faking one – now that is budget conscious. 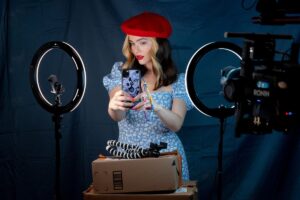 Danni immediately gets to work and with some clever framing, costumes, and photoshop – a social media Parisian vacation is born. With such a foolproof plan, what could go wrong? Then Danni wakes up to see that there was a terrorist attack in Paris while she is supposedly there. The perfect time to come clean and admit you weren’t actually in Paris. Take your lumps and move on. Right? Nope, Danni doubles down claiming to be right by the explosions. She “comes home” a hero and finally receives the attention she was so desperate for. With her social media following and clout at an all time high, Danni is loving life. How could she not? Everything is coming up roses. Not for the victims of the attack or those actually affected by it, but for Danni. 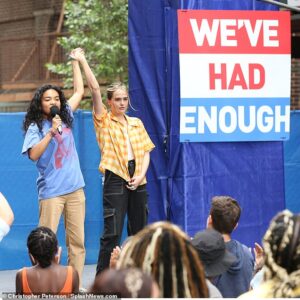 Colin is interested in her. Her completely bullshit accounting of the incident is published and leads to a national movement. She becomes the most desirable writer at the magazine, much to the former top dog Harper’s (Nadia Alexander) dismay. To take it even further, she goes to a support group for survivors. That’s where she meets Rowan (Mia Isaac). Rowan is the survivor of a school shooting who is a prominent figure fighting for societal change. Which means she has followers and influence, so befriending her can only help Danni. Danni finally sees what life is like as an influencer – all the perks and most importantly the attention. Of course, all good things must come to an end. Social media has a way to tear someone down much faster than they built them up. 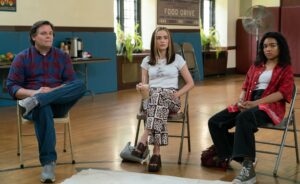 Not Okay is written and directed by Quinn Shephard. The film is only her second feature length project following 2017’s Blame which she also wrote and directed. Not Okay is a very impressive sophomoric effort from Shephard. The film is a dark comedy through and through. Shephard clearly has her finger on the pulse of social media. The film gives a realistic accounting of all aspects of social media. Not only in the way content can go viral overnight, but in its driving force behind people’s actions. Shephard manages to deliver this in a fun and upbeat manner. From inserting mock viral clips that quickly go from supportive to vial to music that perfectly accompanies the scene, Not Okay manages to feel fresh and new. Shephard breaks the film into chapters, helping to push the narrative along, but in a seemingly natural way. 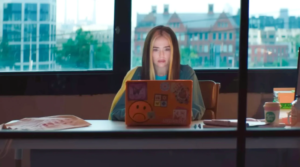 The acting in the film is impressive across the board, most notably from Deutch and Isaac. The film warns of an unlikable female protagonist, and that was spot on. Deutch manages to perfectly portray a character that at times acts rotten to their core and at others just simply naïve. Everything Danni does is one step forward and two steps back. Any moment that Deutch and Shephard have the audience believing Danni is turning a corner, it is short lived. Isaac is able to capture the audience with her passion. Both Isaac and Deutch are incredibly believable and draw you in to the story. Shephard’s script is full of humor throughout that is cleverly delivered with great subtlety. The performances coupled with Shephard’s script and hip directing style result in Not Okay being absolutely worth a watch. Just go in knowing the best, and worst, of humanity is represented.

Not Okay will be available on Hulu beginning Friday, July 29th.