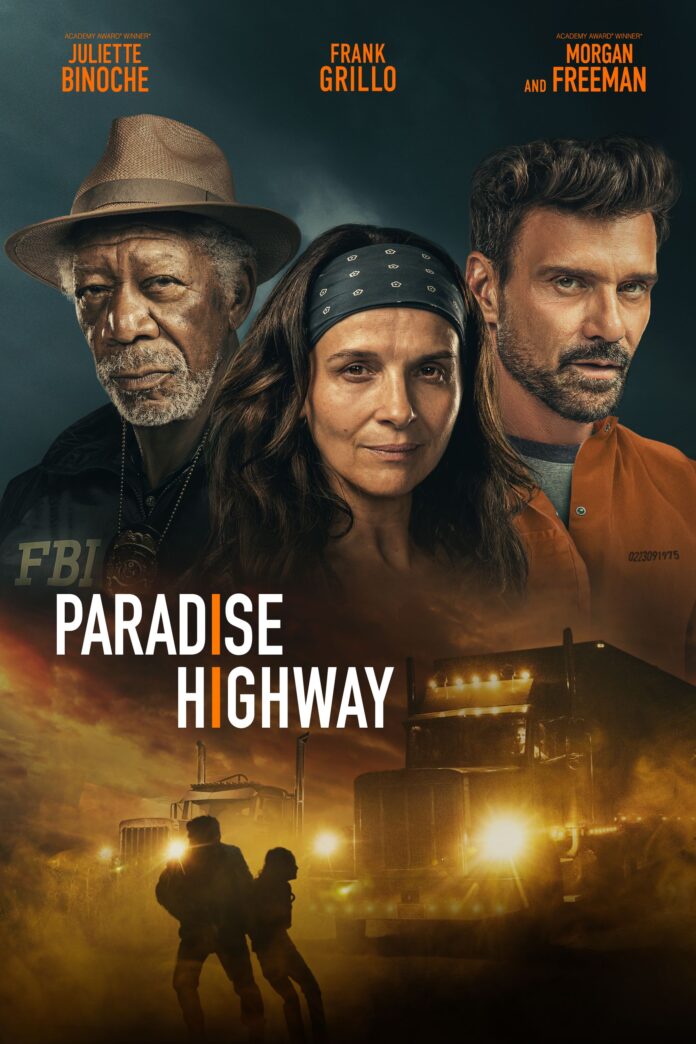 Juliette Binoche (who can be seen now in Both Sides of the Blade), one of the most refined, exquisite French actresses in the world, playing a truck driver and smuggler? Not the kind of role anyone would expect from the Oscar winner, but then she is always seeking new challenges this deep into her career. And so she’s taking on a role like none before in Paradise Highway, a film that pairs her with Morgan Freeman and Frank Grillo.

Written and directed by Anna Gutto (Home for Christmas), Paradise Highway stars Binoche as Sally, a truck driver forced to smuggle illegal cargo to save her brother (Grillo) from a dangerous prison gang. Sally’s conscience is tested when she discovers that her final package turns out to be a teenaged girl. Meanwhile, Freeman plays the FBI agent hot on Sally’s trail.

Paradise Highway opens in theaters and VOD on July 29th.