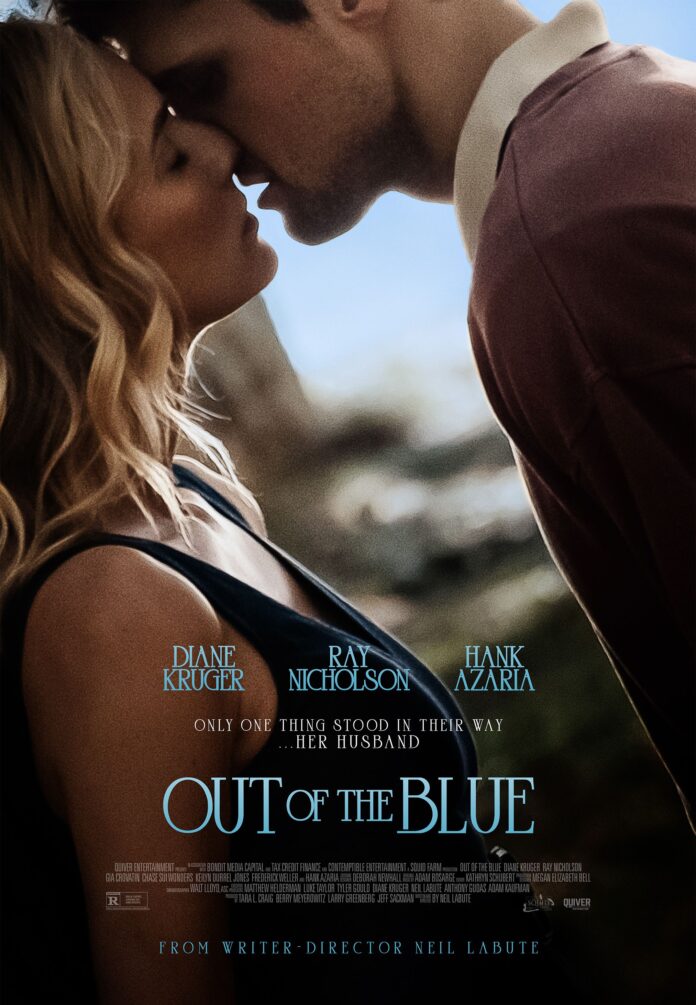 It’s been seven years since the last feature from provocative writer/playwright Neil Labute. That would be 2015’s Dirty Weekend, and while he’s been busy writing episodes of the upcoming American Gigolo series, he also has a new film on the way. Out of the Blue stars Diane Kruger and Ray Nicholson, and while it’s a romance, Labute is more interested in how passion can turn toxic.

Ray Nicholson, the son of the legendary Jack Nicholson, takes on his first romantic lead role in the film. He plays Connor, an ex-con who risks all by entering a relationship with the wife of an abusive businessman, and it isn’t long before pillow talk turns to murder.

Labute seems to have toned down since the days of his scathing films In the Company of Men and The Shape of Things. But I would say he’s also been less in the spotlight as a result.

Out of the Blue opens in theaters, digital, and VOD on August 26th.

After spending time in prison following an assault charge, Connor Bates now works in a library and spends his free time running, swimming, and trying to piece his world back together. When he meets Marilyn Chambers, the wife of a wealthy businessman, they collide into an intense physical and emotional relationship that quickly escalates into idle talk about her husband’s murder.