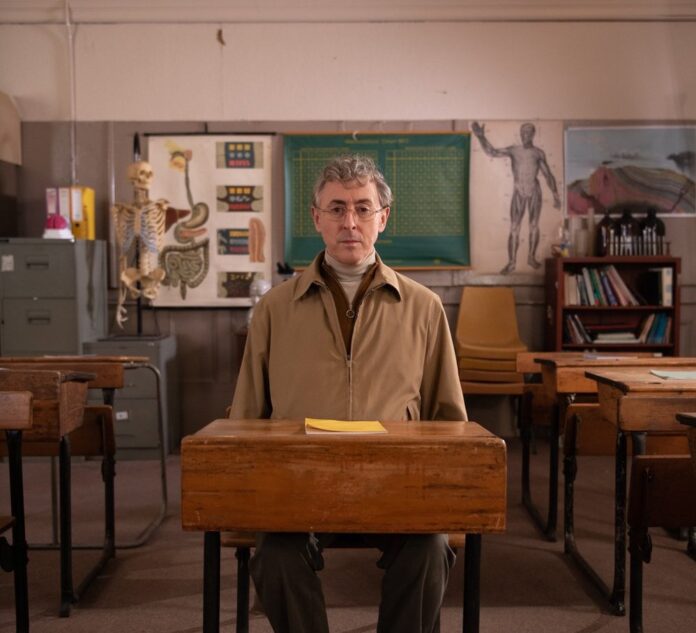 Talking about Jono McLeod’s new documentary My Old School without spoiling anything is hard. As the director tells me, the story started back in early ’90s Scotland, when a Canadian exchange student Brandon Lee joined McLeod and the rest of his classmates in high school. Lee was tall, geeky, and looked more mature than the other students. He seemed to know every answer the teachers asked and was considered one of the brightest pupils their school had ever seen.

“There was a reason for that,” McLeod said.

One of the year’s most compelling and captivating films, My Old School takes the true crime approach we’ve come to know really well to this unique story. Through a series of interviews with former students and faculty, flashback cartoons a la Daria, McLeod chronicles Lee’s days as a high school student. However, Lee refused to appear on camera instead opting to be voice recorded. To stand in for him, the filmmaker enlists the help of fellow Scotsman, Alan Cumming who looks eerily similar to the film’s subject. He lip-syncs Lee’s dialogue almost perfectly adding to another sinister layer to the story.